The CIA unsuccessfully lobbied to put Tamerlan Tsarnaev, the eldest of the Boston Marathon bombers, on the counterterrorism watch list in 2011. 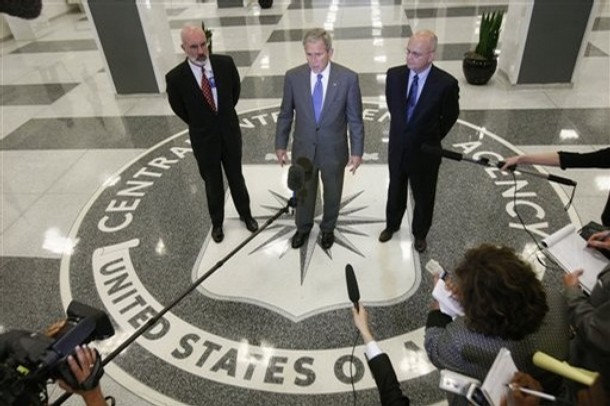 The CIA unsuccessfully lobbied to put Tamerlan Tsarnaev, the eldest of the Boston Marathon bombers, on the counterterrorism watch list in 2011.

The CIA pushed to have one of the suspected Boston Marathon bombers placed on a U.S. counterterrorism watch list more than a year before the attacks, U.S. officials said Wednesday.

Russian authorities contacted the CIA in the fall of 2011 and raised concerns that Tamerlan Tsarnaev, who was killed last week in a confrontation with police, was seen as an increasingly radical Islamist who could be planning to travel overseas.

The CIA request led the National Counterterrorism Center to add Tsarnaev’s name to a database known as the Terrorist Identities Datamart Environment, or TIDE, that is used to feed information to other lists, including the FBI’s main terrorist screening database.

The CIA’s request came months after the FBI had closed a preliminary inquiry into Tsarnaev after getting a similar warning from Russian state security, according to officials who spoke on condition of anonymity because they were not authorized to discuss the matter.

The disclosure of the CIA’s involvement suggests that the U.S. government may have had more reason than it has previously acknowledged to scrutinize Tsarnaev in the months leading up to the bombings in Boston. It also raises questions why U.S. authorities didn’t flag his return to the United States and investigate him further after a seven-month trip he took to Russia last year.

Russian authorities warned the FBI and CIA separately, and both looked into the matter; to what extent, we don’t yet know. Presumably, Congress will investigate the matter; certainly, they should.

Right now, all we can do is speculate. It may simply be that the evidence was too thin to justify putting Tsarnaev on a list that would have created great inconvenience for a resident alien. Maybe the Russians are constantly flagging Muslims to US authorities, thus lowering the threshold of alarm that such a notification would bring. Or perhaps our process for vetting people for the list is broken. Maybe there aren’t enough resources to investigate all the leads. Maybe there’s a bias towards Muslims from the Middle East and North Africa.