Conspiracy theories are poisoning the United States. That's no joke. 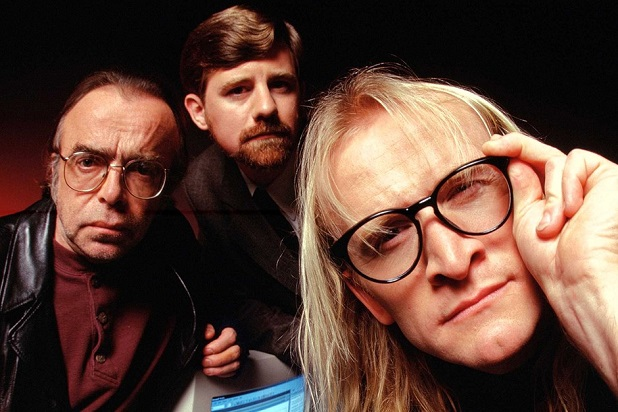 I’ll admit, I’m guilty of the occasional chuckle at conspiracy theorists. While the stereotypical tin foil hat person is just silly, I did enjoy the antics of the Lone Gunmen on The X-Files. There was a memorable episode of a related TV show, Millennium, in which someone drew on every square foot of a room an elaborate map of a conspiracy in which all arrows ultimately led to himself. I used to play a conspiracy theory card game, Illuminati!, understanding that it was intended to be tongue in cheek and deliberately ridiculous. (“The Disciples of Cthulhu control the Trilateral Commission through the Boy Scouts? Who knew, but now it all makes sense!”)

Conspiracy theories are poison. The body politic can tolerate them in small amounts, when the conspiracy theorists are a small, relatively isolated demographic. The problem is, at times in American history, they haven’t stayed on the fringes. Not surprisingly, there is a strong connection between many conspiracy theory movements and nativism. For example:

These early conspiracy theories exacerbated tensions that already existed in the early history of the United States: rural versus urban; elites versus average people; nativists versus immigrants; Protestants versus Catholics. As you slide ahead in the timeline of American history, you find new conspiracy theories, such as the Red Scare.

I grew up in Orange County, California, where a contemporary conspiracy theory got its legs. The John Birch Society had 38 chapters in Orange County in the 1960s, and its membership included notables like the actor John Wayne and Walter Knott, jelly magnate and owner of the theme park Knott’s Berry Farm. Congressman John Schmitz, who represented the wealthier part of Orange County in the House of Representatives, was a very vocal supporter of the John Birch Society, and a promoter of the ideas in extremist books like None Dare Call It Treason.

In all these cases, the establishment successfully ignored, curbed, or absorbed the conspiracy theorists. (An interesting example of absorption: a Know Nothing politician elected to Congress, Nathaniel P. Banks, later switched parties and eventually became one of the Union’s “political generals” during the Civil War.) While there were scary moments for the establishment, such as the fuel that Bircher-minded right wingers added to Goldwater’s campaign in 1964, the establishment always won.

Now, the Oval Office is occupied by the conspiracy theorist in chief. Aside from his support for conspiracy theories, such as the infamous birther charge against Barack Obama, he and many of his followers display the dangerous mindset of conspiracy thinking. Enemies are everywhere. Every factual challenge to the conspiracy theory (no, there is no basement in the Comet Ping Pong pizza parlor in DC) can be rebutted with even more tortured thinking. People who are in positions of authority are not to be trusted, because they’re really trying to inject tracking chips into you, or harm you in some other way. This thinking is inherently anti-democratic, because there is no democratic debate with secret devils who are trying to kill or enslave you.

Therefore, there’s nothing funny about conspiracy theories. The people in real or metaphorical tinfoil hats aren’t pestering people in their community, one unhappy person at a time. They find fellow travelers and new converts through social media and other mass channels dedicated to preventing vaccinations and “proving” that the Earth is flat. They are organized and mobilized at a scale that rivals, or possibly exceeds, the Anti-Masons and the Know Nothings. That’s no laughing matter. As Richard Hofstadter ended his famous essay, “The Paranoid Style In American Politics”:

We are all sufferers from history, but the paranoid is a double sufferer, since he is afflicted not only by the real world, with the rest of us, but by his fantasies as well.

We are now trapped in these fantasies with the fantasists. 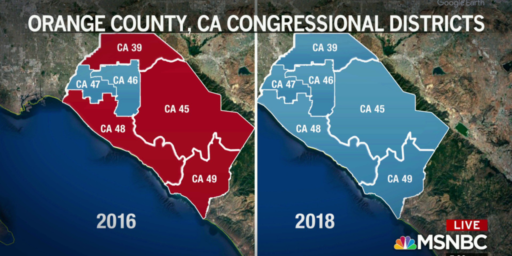 Black And White Stripes Are The New Orange