Terry Lakin, the army lieutenant colonel who refuses to deploy to Afghanistan on account of President Obama not really being an American and thus not authorized to make him will instead be deployed to Fort Leavenworth as a private.

U.S. military officials tell NBC News that the U.S. Army will court martial a lieutenant colonel who refuses to deploy to Afghanistan because he considers orders from President Obama to be “illegal.”

Army doctor Lt. Col. Terry Lakin believes Obama does not meet the constitutional requirements to be president and commander-in-chief, because he believes (incorrectly) that Obama wasn’t born in the United States.

Lakin refused this week to report to Fort Campbell, KY for deployment to Afghanistan, but instead showed up at the Pentagon, where he was confronted by his brigade Commander Col. Gordon Roberts, a Vietnam Medal of Honor recipient.

Lakin was informed by Roberts that he would face court martial, and his Pentagon building pass and government laptop computer were seized.

There have been sporadic cases over the years of soldiers challenging the legitimacy of wars and refusing to go.   Some challenged the legality of serving under UN command in the Balkans.  Some questioned the legality of the Iraq War.   It seldom ends well.

Then again, there is recent precedent for letting soldiers off the hook.  1LT Ehren Watada was allowed to resign and accept a less-than-Honorable discharge in lieu of a court martial after challenging the Iraq War’s legality.   Sergeant Mattis Chiroux was similarly allowed to skip court martial; then again, he was an inactive reservist who was being recalled to active duty.   There have been others.

The fact that Lakin is a lieutenant colonel (and on the promotion list for colonel) is likely a big factor in the decision to seek criminal punishment in this case.  Indeed, as the various propaganda sites surrounding him note, “He is the highest ranking officer to go public over this controversy and the first active duty officer to do so.”  There’s not much choice but to come down hard.

Military officers take an oath to defend the Constitution.   That is not, however, a license to interpret it.

Two asides struck me as interesting: 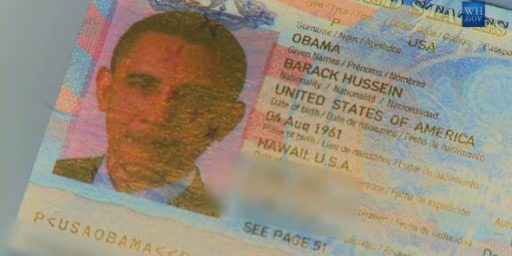