DEATH OF THE SITCOM

Newsweek/MSNBC has an interesting piece about the final season of NBC’s “Friends.” A central theme is “the end of the situation comedy:”

The folks at NBC are more than a little queasy about losing their No. 1 show and the linchpin of their Thursday lineup. If CBS, home of “Survivor” and “CSI,” takes the night after “Friends” retires, the whole must-see-TV idea sounds pretty silly. But the future doesn’t look great for the sitcom anywhere. This is also the last year of HBOÃ¢€™s “Sex and the City.” “Everybody Loves Raymond” and “Frasier” might call it quits next spring, too. Unless something hilarious hits the air soon–and given the new crop of shows, what’s the chance of that?–think about where that could leave us. The Emmy nominees for best comedy are “Will & Grace,” “Curb Your Enthusiasm” and–“Yes, Dear.”

So we’re losing these friends. Are we going to make any new ones? ItÃ¢€™s no secret that the sitcom is dying. This fall, the four major networks broadcast 24 comedies, compared with 46 in the fall of 1993. It’s become fashionable to blame the rise of reality TV for the sitcomÃ¢€™s demise–heck, it’s fashionable to blame reality TV for society’s demise. But the fact is, what gets on the air is pretty depressing. The latest crop–It’s All Relative, Two and a Half Men, Hope and Faith, The Mullets, etc. are almost all Everybody Loves Raymond with an Odd Couple twist. “The executives think, ‘Well, Raymond is a family show, just do a family show’,” says Raymond creator Philip Rosenthal. “They don’t get the other part of it, which is you have to create a family, with deep-seated relationships and characters that are not stereotypes. They think if you’re not laughing every three seconds, people are going to change the channel.”

Why is this happening? A major reason is corporate. Over the last few years, the networks have gobbled up almost all the independent TV producers, which means ABC buys most of its shows from Disney, and NBC creates most of its own. There’s no competition, and as that great TV producer Adam Smith would tell you, lack of competition is bad for business. “The truly great comedies were risky, whether it was ‘All in the Family’ or ‘M*A*S*H’ or ‘Seinfeld’, says Michael Saltzman, executive producer of ‘Murphy Brown.’ “If the network is both producing and buying the show, you can’t afford to piss them off, even if it’s for the creative good of the show.” With the bean counters running the studios, television has become much more product than art. If a show doesn’t perform within a few weeks, it’s gone. “People need to be invested before they embrace a sitcom,” says Susan Lyne, ABCÃ¢€™s president of entertainment. “Cheers, Raymond, Seinfeld it’s two or three years before they find their audience.”

How many times have we heard this? All our major movie and TV genres–Westerns, cop shows, medical dramas, sitcoms, game shows, etc.–ebb and flow. The entertainment industry loves to beat a dead horse and, eventually, the shows all become alike and interest fades. The sitcom had been pronounced dead many times, until the Cosby Show revitalized the format in the 1980s. Hospital shows were moribund for years until the E.R. revival. Eventually, someone comes up with a new take on the old formula and it seems “fresh” again. 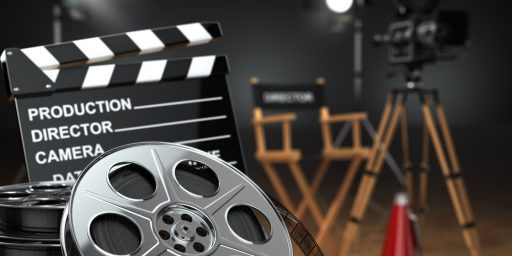