Delaware Democratic Senator Tom Carper beat back a challenge from a 'progressive" challenger in Thursday's primary. 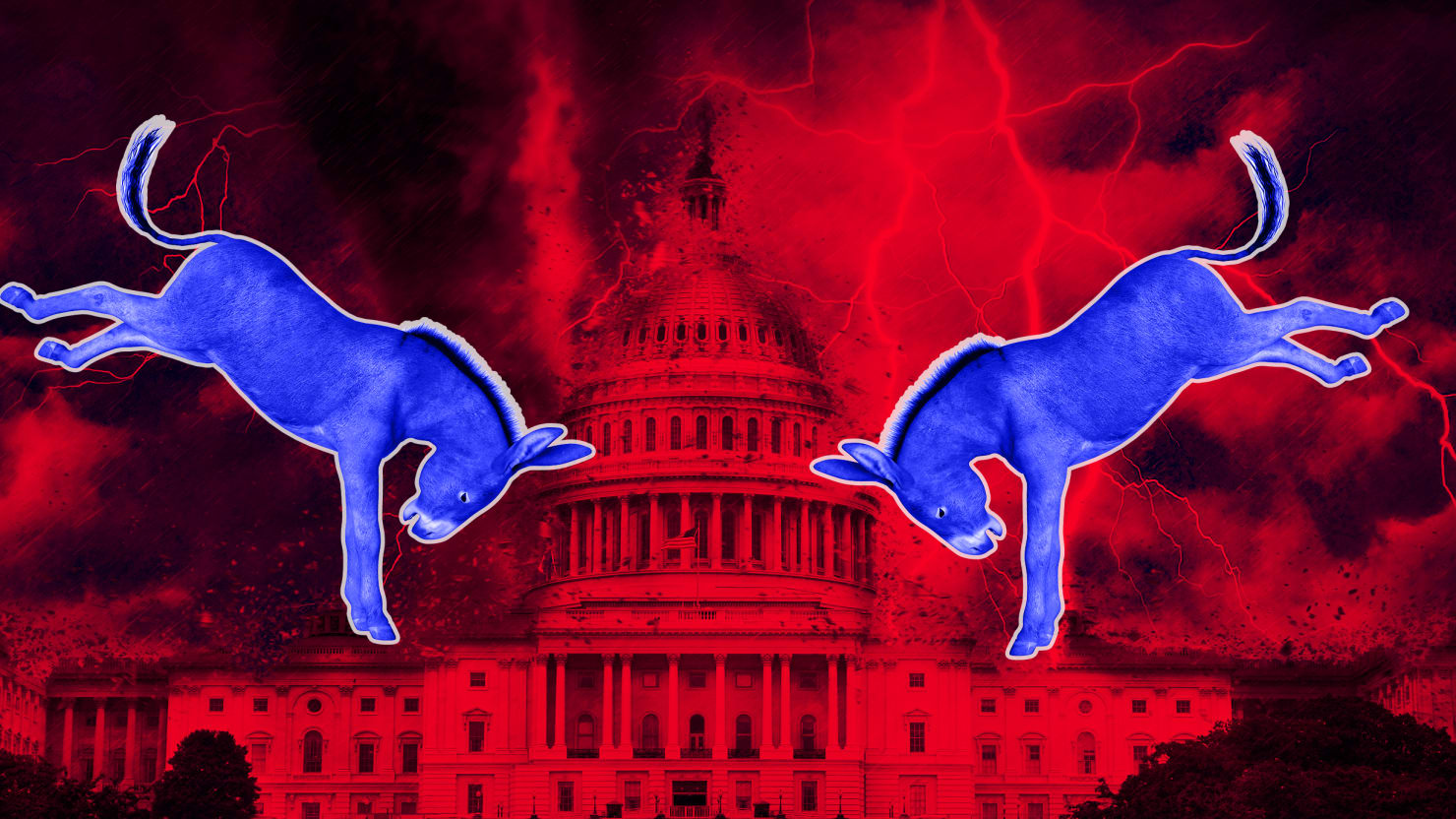 While the primary season is nearly over and has largely gone about as expected, there have been some surprises. The most notable of those surprises, of course, have come on the Democratic side of the aisle. The most famous of these, of course, came in June when 28-year-old Alexandria Ocasio-Cortez, a self-described “socialist” beat Congressman Joe Crowley who had been in Congress since 1998 and was seen by many as a potential successor to Nancy Pelosi in Democratic leadership. Just this past Tuesday, it happened again in Massachusetts when Ayanna Pressley, a Boston City Councilwoman, defeated longtime Democratic Congressman Michael Capuano in a race that many compared, somewhat inartfully, to Ocasio-Cortez’s win earlier in the summer. With those two races under the belt, many progressive Democrats were hoping for a third big victory in Thursday’s Democratic Senate primary between Senator Tom Carper, who has stood for election 13 times in the First State and won each time, and Democratic upstart Kerri Evelyn Harris, a young Democratic from the party’s “progressive” wing. In the end, it turned out that Carper had very little to worry about as he ended up easily dispatching his intra-party challenger:

Senator Tom Carper of Delaware fended off a primary challenge from his left on Thursday, easily dispatching a political newcomer, Kerri Evelyn Harris, in the latest test of strength between Democratic insurgents and the party establishment.

The most successful statewide politician in Delaware history, Mr. Carper won renomination for a fourth Senate term and what will likely be his 14th consecutive general election victory. He had about 65 percent of the vote with all of the precincts reporting.

“We need to unite as a party,” Mr. Carper told supporters in Wilmington Thursday night. “We need to keep in mind that we’re not one another’s enemies, we share the same values.”

His deep connections in the state he has served since 1976 — as treasurer, at-large congressman, governor and senator — were enough for victory. But Mr. Carper, 71, had to work hard for the right to seek what he suggested could be his last term.

Declaring that the incumbent’s moderate and consensus-oriented politics were out of step with today’s Democratic Party, and insufficient to meet the challenges of the Trump era, Ms. Harris, 38, pushed Mr. Carper to the left. He expressed regret for voting to confirm Brett M. Kavanaugh to a circuit court judgeship, offered his support for decriminalizing marijuana and amplified his criticism of President Trump.

An Air Force veteran-turned-activist, Ms. Harris, 38, sought to tap into the same anti-establishment energy on the left that propelled successful congressional challengers such as Alexandria Ocasio-Cortez in New York and Ayanna Pressley in Boston to victory over incumbents. She campaigned on universal health care and raising the minimum wage to $15, and she lashed Mr. Carper for his pro-business posture and willingness to accommodate Delaware’s financial services and pharmaceutical industries.

But Ms. Harris did not draw the same amount of attention, locally or nationally, and she raised only about $140,000.

Her loss illustrates the difficulty of scaling up primary challenges in statewide races where there is not the sort of readily available coalition — a mix of people of color and younger white progressives — that has lifted other Democratic insurgents this year. While Delaware has a modest black population, it is not a hub for liberal white millennials.

But the success of candidates like Ms. Pressley and Ms. Ocasio-Cortez was clearly on the mind of Mr. Carper. Since his first race in 1976 he had relied on a mix of affability and political pragmatism to find success — 13 victories in 13 statewide races — in one of the country’s most lightly populated states.

He raised more than $3.5 million, airing commercials trumpeting his achievements for Delaware and boasting of all the miles he put on his Town & Country minivan — but also reminding voters of his opposition to Mr. Trump and polarizing cabinet figures such as Education Secretary Betsy DeVos.

Most of all, he relied on the relationships he has built up in the “state of neighbors,” as Delaware politicians call it, a place small enough — with a population of about 960,000, ranking it 45th among all states — where a veteran figure like Mr. Carper can personally meet a sizable number of voters, and an even larger share of the primary electorate.

Mr. Carper is all but certain to defeat the Republican nominee, Sussex County councilman Rob Arlett, in November.

Even as he won the right to serve a fourth term, though, Mr. Carper suggested he was puzzled by the competing demands he was hearing from Delaware voters.

“I go around the state and I hear two messages: Number one is, why can’t you guys in Washington find a way to work together like we do here in Delaware?” he said after the Labor Day parade in Wilmington Monday.”But the other message is: This guy Trump is no good and you should oppose him with everything you can.”

The 71-year-old senator, seeking a fourth term, faced a primary challenge from Kerri Evelyn Harris, a gay, black community activist and Air Force veteran. Harris was backed by a host of progressive groups — including the Working Families Party, Justice Democrats, and Our Revolution — that have sought to put the Democratic establishment on notice and shift the party’s politics further left throughout the primary season.

Harris, at her election party Thursday, was upbeat as she conceded. “We made history here tonight,” she told a cheering crowd. “The same way [Carper] moved closer to the people during the primary, we want him to stay closer to the people.” After finishing her remarks, she briefly returned to rev up the crowd: “Excuse me, we won tonight! This is a party. Get some music going.”

Carper has represented the state of Delaware in some capacity since 1976 in a litany of statewide positions, from state treasurer to governor, and he’s been in the Senate since 2002. He campaigned on his ability to serve as a check on the Trump administration while still reaching across the aisle to pass legislation. One radio ad from Carper’s campaign touts his record of voting against Trump nominees and promises that he’ll vote against the president’s current Supreme Court nominee, Brett Kavanaugh.

The Working Families Party, which spent significantly in favor of Harris, tried to make Carper’s support for Kavanaugh for a DC Circuit Court a wedge issue in the campaign. But Carper appeared to win the primary by a significant margin, and the race was called just an hour after polls closed.

And during his campaign, Carper took more progressive positions, signing onto Senate Minority Leader Chuck Schumer’s bill to federally decriminalize marijuana and announcing his support to index a $15 minimum wage.

To some extent, of course, this challenge to Carper brings to mind the events of 2010 when another Delaware politician who had never lost a statewide race, Republican Mike Castle, lost a Republican primary challenge in the race to fill the seat vacated by former Vice-President Joe Biden. In that race, Castle was going up against Christine O’Donnell, a Delaware political gadfly who had managed to garner the support of the Tea Party movement and turned that into a surprise victory over Castle that eventually led to the election o Democratic Senator Chris Coons in a year when a candidate such as Castle arguably would have stood a good chance of winning. As the Buzzfeed article above Carper consulted with Castle shortly after the Ocasio-Cortez victory when it became clear that his primary opponent was going to attempt to pose a similar challenge in their race:

In the early days of the primary, Carper consulted Mike Castle, a former Republican representative who lost a 2010 Delaware Senate primary to tea party upstart Christine O’Donnell. Castle told Carper not to take anything for granted in his primary.

Of course, Capuano was prepared for his challenge as well and certainly did a better job campaigning in his district than Crowley did in response to the challenge posed by Ocasio-Cortez. Given that, working hard and not taking anything for granted isn’t necessarily the cure for mainstream Democrats dealing with challenges such as this. In this case, it seems clear that Carper was also benefiting from the fact that running and winning a primary in a statewide race is far more difficult than running and winning in a Congressional District. Even in a single-district state like Delaware, a statewide race is far more complicated and the electorate is far more diverse. This combined with the fact that Carper has been a presence in Delaware politics since he was elected Treasurer of the state in 1982 is no doubt one of the main reasons why he was able to pull off a victory in this race. The outcome here also points out something that the supporters of candidates like Ocasio-Cortez, Pressley, and others need to keep in mind. Winning a race in a Congressional District in a deeply blue Congressional District is one thing. Translating that win to a statewide race, or to Congressional Districts in the Midwest, is quite another.