Cleveland Cavaliers owner reacted to his star player's departure with a scathing open letter. Was it fair? 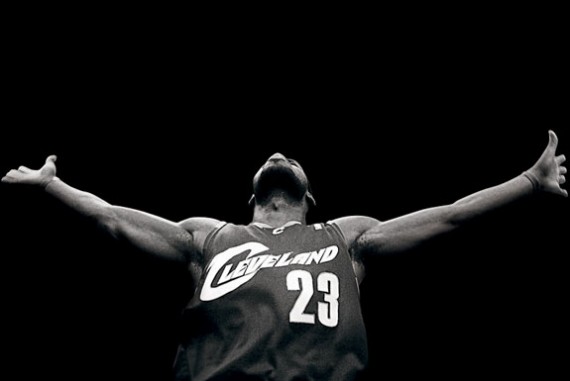 By now, everyone knows that LeBron James has decided to leave his hometown Cleveland Cavaliers to join up with Dwayne Wade and Chris Bosh on the Miami Heat.    To do so, he’ll have to take less money than the Cavs could have paid him but he’ll have an infinitely better chance at a championship than he’d have had on a poorly run team that somehow managed to simultaneously not have any other great players and yet not have enough cap space to try to fix that any time soon.

As you now know, our former hero, who grew up in the very region that he deserted this evening, is no longer a Cleveland Cavalier.

This was announced with a several day, narcissistic, self-promotional build-up culminating with a national TV special of his “decision” unlike anything ever “witnessed” in the history of sports and probably the history of entertainment.

Clearly, this is bitterly disappointing to all of us.

The good news is that the ownership team and the rest of the hard-working, loyal, and driven staff over here at your hometown Cavaliers have not betrayed you nor NEVER will betray you.

There is so much more to tell you about the events of the recent past and our more than exciting future. Over the next several days and weeks, we will be communicating much of that to you.

You simply don’t deserve this kind of cowardly betrayal.

You have given so much and deserve so much more.

In the meantime, I want to make one statement to you tonight:

You can take it to the bank.

If you thought we were motivated before tonight to bring the hardware to Cleveland, I can tell you that this shameful display of selfishness and betrayal by one of our very own has shifted our “motivation” to previously unknown and previously never experienced levels.

Some people think they should go to heaven but NOT have to die to get there.

Sorry, but that’s simply not how it works.

This shocking act of disloyalty from our home grown “chosen one” sends the exact opposite lesson of what we would want our children to learn. And “who” we would want them to grow-up to become.

But the good news is that this heartless and callous action can only serve as the antidote to the so-called “curse” on Cleveland, Ohio.

The self-declared former “King” will be taking the “curse” with him down south. And until he does “right” by Cleveland and Ohio, James (and the town where he plays) will unfortunately own this dreaded spell and bad karma.

As Time‘s Sean Gregory put it, this is simply “unhinged.”

First, professional basketball is a business.   Teams fire coaches — as Cleveland did just weeks ago — and get rid of players — as the Cavs will do with Shaquille Oneal — who don’t live up to expectations all the time.   Why should players be bound in perpetuity to a team without reciprocity?

Second, the NBA isn’t Little League.  To the extent that players on a given team are from the local area, it tends to be happenstance.   Few members of the Cavaliers are from Ohio.

Third, James was only with the Cavs because they really, really sucked the year he was coming out of high school and got lucky in the lottery.   Had one of the other of the six crappiest teams from the year before drawn the winning ball, they’d have been able to conscript James to play with them for the first few years of his career.

Fifth, as already noted, the Cavs totally mismanaged the situation.  Even very casual fans of the game, like myself, have known for at least two years that there would be a bidding war for James, Wade, Bosh, and others come July 1.   The Knicks, Heat, and Bulls made moves to put themselves into a position to be able to bid.   The Cavs did not.    So, James was faced with the choice of staying with a mediocre team — and that, only because of his own contribution — or jumping to one savvy enough to compete for a title.    He chose the latter.

Sixth, Cleveland just isn’t a free agent haven.   Indeed, Toronto had tried to trade Bosh to them last week — which would have not only made the Cavs more competitive to keep James but would have netted Bosh a cool $30 million — and Bosh put the kibosh on that.   Rich athletes don’t want to live in Cleveland.   It’s just not a world class city.

All that said, I agree with Gilbert on one thing:   Dragging this out and then doing a major television announcement was a rather classless way of handling the situation.   Leaving his hometown team was the right thing to do but this was the wrong way to handle it.   Thankfully for James, though, Gilbert’s over-the-top response was much worse.