It’s human nature to feel more comfortable around people like yourself, a recent academic study finds. Harvard political scientist Robert Putnam — famous for “Bowling Alone,” his 2000 book on declining civic engagement — has found that the greater the diversity in a community, the fewer people vote and the less they volunteer, the less they give to charity and work on community projects. In the most diverse communities, neighbors trust one another about half as much as they do in the most homogenous settings. The study, the largest ever on civic engagement in America, found that virtually all measures of civic health are lower in more diverse settings.

This is hardly shocking; indeed, it’s almost intuitive. Apparently, though, not for Harvard social scientists.

His findings on the downsides of diversity have also posed a challenge for Putnam, a liberal academic whose own values put him squarely in the pro-diversity camp. Suddenly finding himself the bearer of bad news, Putnam has struggled with how to present his work. He gathered the initial raw data in 2000 and issued a press release the following year outlining the results. He then spent several years testing other possible explanations.

When he finally published a detailed scholarly analysis in June in the journal Scandinavian Political Studies, he faced criticism for straying from data into advocacy. His paper argues strongly that the negative effects of diversity can be remedied, and says history suggests that ethnic diversity may eventually fade as a sharp line of social demarcation. “Having aligned himself with the central planners intent on sustaining such social engineering, Putnam concludes the facts with a stern pep talk,” wrote conservative commentator Ilana Mercer, in a recent Orange County Register op-ed titled “Greater diversity equals more misery.”

Putnam has long staked out ground as both a researcher and a civic player, someone willing to describe social problems and then have a hand in addressing them. He says social science should be “simultaneously rigorous and relevant,” meeting high research standards while also “speaking to concerns of our fellow citizens.” But on a topic as charged as ethnicity and race, Putnam worries that many people hear only what they want to. “It would be unfortunate if a politically correct progressivism were to deny the reality of the challenge to social solidarity posed by diversity,” he writes in the new report. “It would be equally unfortunate if an ahistorical and ethnocentric conservatism were to deny that addressing that challenge is both feasible and desirable.”

After releasing the initial results in 2001, Putnam says he spent time “kicking the tires really hard” to be sure the study had it right. Putnam realized, for instance, that more diverse communities tended to be larger, have greater income ranges, higher crime rates, and more mobility among their residents — all factors that could depress social capital independent of any impact ethnic diversity might have.

“People would say, ‘I bet you forgot about X,'” Putnam says of the string of suggestions from colleagues. “There were 20 or 30 X’s.” But even after statistically taking them all into account, the connection remained strong: Higher diversity meant lower social capital. In his findings, Putnam writes that those in more diverse communities tend to “distrust their neighbors, regardless of the color of their skin, to withdraw even from close friends, to expect the worst from their community and its leaders, to volunteer less, give less to charity and work on community projects less often, to register to vote less, to agitate for social reform more but have less faith that they can actually make a difference, and to huddle unhappily in front of the television.” “People living in ethnically diverse settings appear to ‘hunker down’ — that is, to pull in like a turtle,” Putnam writes.

In documenting that hunkering down, Putnam challenged the two dominant schools of thought on ethnic and racial diversity, the “contact” theory and the “conflict” theory. Under the contact theory, more time spent with those of other backgrounds leads to greater understanding and harmony between groups. Under the conflict theory, that proximity produces tension and discord.

Putnam’s findings reject both theories. In more diverse communities, he says, there were neither great bonds formed across group lines nor heightened ethnic tensions, but a general civic malaise. And in perhaps the most surprising result of all, levels of trust were not only lower between groups in more diverse settings, but even among members of the same group. “Diversity, at least in the short run,” he writes, “seems to bring out the turtle in all of us.”

Again, though, that’s not surprising. Constantly being forced to confront different perspectives is likely valuable in many ways but it’s much more stressful than relative homogeneity.

The overall findings may be jarring during a time when it’s become commonplace to sing the praises of diverse communities, but researchers in the field say they shouldn’t be. “It’s an important addition to a growing body of evidence on the challenges created by diversity,” says Harvard economist Edward Glaeser.

In a recent study, Glaeser and colleague Alberto Alesina demonstrated that roughly half the difference in social welfare spending between the US and Europe — Europe spends far more — can be attributed to the greater ethnic diversity of the US population. Glaeser says lower national social welfare spending in the US is a “macro” version of the decreased civic engagement Putnam found in more diverse communities within the country.

That’s almost certainly right. More to the point, though, it’s much easier to sympathize with the downtrodden when they look like you; it inspires a “but for the grace of God” empathy. Conversely, when the poor are disproportionately from an identifiable “other,” it’s much easier to chalk their misfortune up to bad behavior or poor choices on their part. 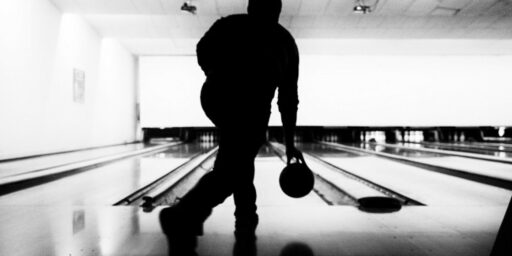 Depending on the Kindness of Strangers