Donald Trump: Not As Great A Businessman As He Claims To Be 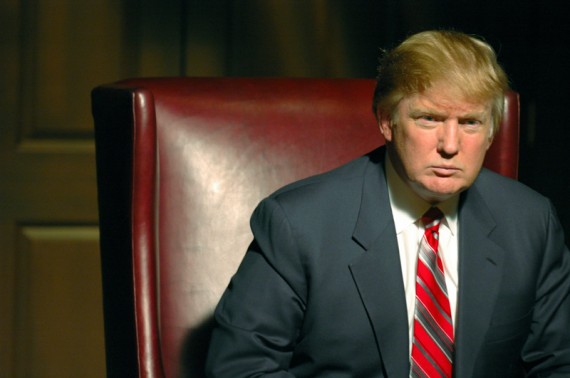 Ed Morrissey notes that Donald Trump’s actual business history isn’t quite as great as he likes to pretend:

Trump’s Taj Mahal casino had to go through bankruptcy, which cost Trump half of the casino.  The Trump Plaza Hotel next went through bankruptcy, which caused him to lose 49% of the hotel and resign from its management.  Two years ago, Trump Entertainment Resorts filed for Chapter 11, and in 2008 his Trump International Tower in Chicago defaulted on a $40 million loan.  In response, Trump blamed the global economic collapse and tried to have it declared an Act of God to relieve himself of responsibility for the default.

That’s not exactly a great track record for a chief executive.  It’s worth noting that his own investors have booted him from management at these holdings after his risk-taking and failures.

That Chicago case is an interesting look at Trump’s business ethics:

Guess who is complaining that condominiums in Donald Trump’s latest big project are ridiculously overpriced.

But he isn’t cutting the prices. He says the banks won’t let him.

The project is the Trump International Hotel and Tower in Chicago, which is to be the second-tallest building in that city (after the Sears Tower). By Mr. Trump’s account, sales were going great until “the real estate market in Chicago suffered a severe downturn” and the bankers made it worse by “creating the current financial crisis.”

Those assertions are made in a fascinating lawsuit filed by Mr. Trump, the real estate developer, television personality and best-selling author, in an effort to avoid paying $40 million that he personally guaranteed on a construction loan that Deutsche Bank says is due and payable.

Rather than have to pay the $40 million, Mr. Trump thinks the bank should pay him $3 billion for undermining the project and damaging his reputation.

He points to a “force majeure” clause in the lending agreement that allows the borrower to delay completion of the building if construction is hampered by such things as riots, floods or strikes. That clause has a catch-all section covering “any other event or circumstance not within the reasonable control of the borrower,” and Mr. Trump figures that lets him out, even though construction is continuing.

“Would you consider the biggest depression we have had in this country since 1929 to be such an event? I would,” he said in an interview. “A depression is not within the control of the borrower.”

He wants a state judge in the Queens borough of New York to order the bank to delay efforts to collect the loan until “a reasonable time” after the financial crisis ends.

While we don’t know for sure what the specific language is in the contract between Trum and Deutsche Bank, there is a generally accepted legal understanding of what a force majuere clause is:

Force Majeure literally means “greater force”. These clauses excuse a party from liability if some unforseen event beyond the control of that party prevents it from performing its obligations under the contract. Typically, force majeure clauses cover natural disasters or other “Acts of God”, war, or the failure of third parties-such as suppliers and subcontractors-to perform their obligations to the contracting party. It is important to remember that force majeure clauses are intended to excuse a party only if the failure to perform could not be avoided by the exercise of due care by that party.

An economic downturn, even a severe one, would seem to pretty clearly not be within the traditional definition of events that would be covered by a force majeure clause, especially since economic downturns have happened before and, their consequences, by definition, are not something that “could not be avoided by the exercise of due care by that party.”

Unless your name is Donald Trump, apparently.

Trump and the bank eventually settled the litigation with a new loan agreement. After all, when you owe someone $40,000,000 you have a lot of bargaining power. Nonetheless, it is an excellent example of what Trump thinks is the proper way to do business:

In that filing, the bank quoted from a best-selling book Mr. Trump wrote last year, “Think Big and Kick Ass in Business and Life.” In it, the developer said he loved “to crush the other side and take the benefits” and mocked the banks that had lost money on loans made to him before another real estate downturn, in the 1990s:

“I figured it was the bank’s problem, not mine. What the hell did I care? I actually told one bank, ‘I told you you shouldn’t have loaned me that money. I told you the goddamn deal was no good.’ “

That may be considered an acceptable practice in the real estate development world, but it certainly isn’t the example of the business genius that Trump claims to be.

Oil Hits $100 Per Barrel: Is The U.S. Economy Hanging In The Balance?