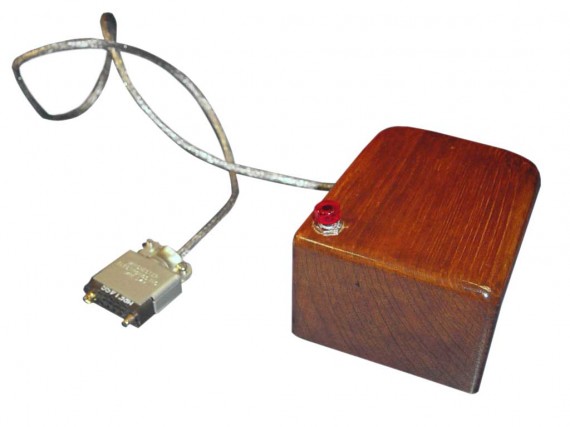 A technology visionary who came up with the idea that eventually became a device ubiquitous on desktops across the world has died at the age of 88:

Douglas C. Engelbart was 25, just engaged to be married and thinking about his future when he had an epiphany in 1950 that would change the world.

He had a good job working at a government aerospace laboratory in California, but he wanted to do something more with his life, something of value that might last, even outlive him. Then it came to him. In a single stroke he had what might be safely called a complete vision of the information age.

The epiphany spoke to him of technology’s potential to expand human intelligence, and from it he spun out a career that indeed had lasting impact. It led to a host of inventions that became the basis for the Internet and the modern personal computer.

In later years, one of those inventions was given a warmhearted name, evoking a small, furry creature given to scurrying across flat surfaces: the computer mouse.

Dr. Engelbart died on Tuesday at 88 at his home in Atherton, Calif. His wife, Karen O’Leary Engelbart, said the cause was kidney failure.

Computing was in its infancy when Dr. Engelbart entered the field. Computers were ungainly room-size calculating machines that could be used by only one person at a time. Someone would feed them information in stacks of punched cards and then wait hours for a printout of answers. Interactive computing was a thing of the future, or in science fiction. But it was germinating in Dr. Engelbart’s restless mind.

In his epiphany, he saw himself sitting in front of a large computer screen full of different symbols — an image most likely derived from his work on radar consoles while in the Navy after World War II. The screen, he thought, would serve as a display for a workstation that would organize all the information and communications for a given project.

It was his great insight that progress in science and engineering could be greatly accelerated if researchers, working in small groups, shared computing power. He called the approach “bootstrapping” and believed it would raise what he called their “collective I.Q.”

A decade later, during the Vietnam War, he established an experimental research group at Stanford Research Institute (later renamed SRI and then SRI International). The unit, the Augmentation Research Center, known as ARC, had the financial backing of the Air Force, NASA and the Advanced Research Projects Agency, an arm of the Defense Department. Even so, in the main, computing industry professionals regarded Dr. Engelbart as a quixotic outsider.

In December 1968, however, he set the computing world on fire with a remarkable demonstration before more than a thousand of the world’s leading computer scientists at the Fall Joint Computer Conference in San Francisco, one of a series of national conferences in the computer field that had been held since the early 1950s. Dr. Engelbart was developing a raft of revolutionary interactive computer technologies and chose the conference as the proper moment to unveil them.

For the event, he sat on stage in front of a mouse, a keyboard and other controls and projected the computer display onto a 22-foot-high video screen behind him. In little more than an hour, he showed how a networked, interactive computing system would allow information to be shared rapidly among collaborating scientists. He demonstrated how a mouse, which he invented just four years earlier, could be used to control a computer. He demonstrated text editing, video conferencing, hypertext and windowing.

In contrast to the mainframes then in use, a computerized system Dr. Engelbart created, called the oNLine System, or NLS, allowed researchers to share information seamlessly and to create and retrieve documents in the form of a structured electronic library.

The conference attendees were awe-struck. In one presentation, Dr. Engelbart demonstrated the power and the potential of the computer in the information age. The technology would eventually be refined at Xerox’s Palo Alto Research Center and at the Stanford Artificial Intelligence Laboratory. Apple and Microsoft would transform it for commercial use in the 1980s and change the course of modern life.

Years later, people in Silicon Valley still referred to the presentation as “the mother of all demos.” It took until the late 1980s for the mouse to become the standard way to control a desktop computer.

The idea for the mouse — a pointing device that would roll on a desk — occurred to Dr. Engelbart in 1964 while he was attending a computer graphics conference. He was musing about how to move a cursor on a computer display.

When he returned to work, he gave a copy of a sketch to William English, a collaborator and mechanical engineer at SRI, who, with the aid of a draftsman, fashioned a pine case to hold the mechanical contents.

Early versions of the mouse had three buttons, because that was all the case could accommodate, even though Dr. Engelbart felt that as many as 10 buttons would be more useful. Two decades later, when Steve Jobs added the mouse to his Macintosh computer, he decided that a single button was appropriate. The Macintosh designers believed in radical simplicity, and Mr. Jobs argued that with a single button it was impossible to push the wrong one.

(When and under what circumstances the term “the mouse” arose is hard to pin down, but one hardware designer, Roger Bates, has contended that it happened under Mr. English’s watch. Mr. Bates was a college sophomore and Mr. English was his mentor at the time. Mr. Bates said the name was a logical extension of the term then used for the cursor on a screen: CAT. Mr. Bates did not remember what CAT stood for, but it seemed to all that the cursor was chasing their tailed desktop device.)

The group disbanded in the 1970s, and SRI sold the NLS system in 1977 to a company called Tymshare. Dr. Engelbart worked there in relative obscurity for more than a decade until his contributions became more widely recognized by the computer industry. He was awarded the National Medal of Technology, the Lemelson-M.I.T. Prize and the Turing Award 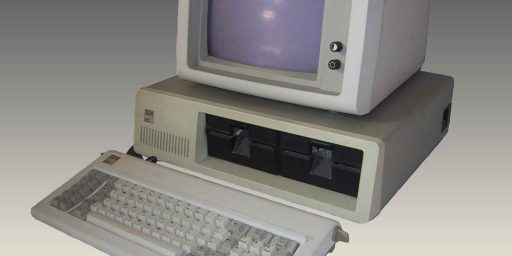