A new study suggests that laws banning texting while driving don't actually have any impact on accident rates. 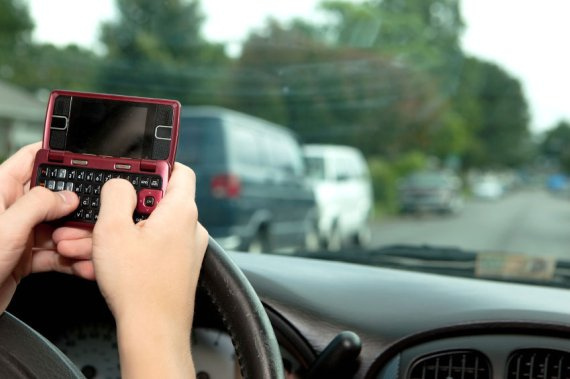 Many states have gotten on the bandwagon of making it illegal to send or read text messages or emails on a smart phone while driving over the past several years. However, a new study suggests that the laws haven’t done anything to reduce traffic accidents related to people distracted while using their cell phones:

The findings, to be unveiled at a meeting here of 550 traffic safety professionals from around the USA, come amid a heightened national debate over distracted driving.

“Texting bans haven’t reduced crashes at all,” says Adrian Lund, president of the Insurance Institute for Highway Safety, whose research arm studied the effectiveness of the laws.

Thirty states and the District of Columbia ban texting while driving; 11 of the laws were passed this year. The assertion that those efforts are futile will be a major issue at this week’s annual meeting here of the Governors Highway Safety Association (GHSA).

Researchers at the Highway Loss Data Institute compared rates of collision insurance claims in four states — California, Louisiana, Minnesota and Washington — before and after they enacted texting bans. Crash rates rose in three of the states after bans were enacted.

The Highway Loss group theorizes that drivers try to evade police by lowering their phones when texting, increasing the risk by taking their eyes even further from the road and for a longer time.

Part of the problem with laws like this, of course, is that there very difficult to enforce. Unless a police officer happens to be driving past someone while they’re texting, Twittering, or reading an email, the only time they’re likely to encounter a texting-while-driving situation is when they roll up on an accident scene, at which point it’s pretty much too late. People know this, and the beeping call of the cell phone in traffic undoubtedly proves too tempting for all but the most disciplined person. The laws banning texting while driving, in other words, don’t really accomplish the goal that was set for them, and they may even make the roads more dangerous.

The IIHS suggests that a crackdown on distracted driving enforcement is what ‘s required, but I’m not sure even that’s going to accomplish anything. Police cannot be everywhere at all times, and it isn’t necessarily efficient to invest a lot of time and resources into “distracted driving” enforcement, however one might accomplish that.

In the end, this is a matter of personal discipline. Turn off the phone notifications while you’re driving, for example. Unless you’re the President of the United States, it’s unlikely that the email that just arrived is truly urgent.