Ed Rendell Accidentally Throws His Hate In The Ring For Hillary

Pennsylvania Governor Ed Rendell wanted to send out a tweet about the potential of an independent bid for the Presidency by former New York City Mayor Mike Bloomberg, but he ended up making one crucial mistake: 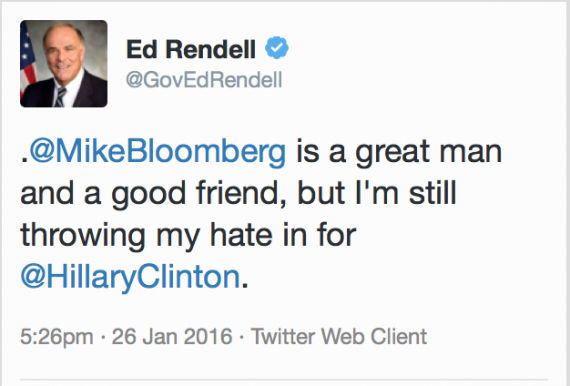 It took about ten minutes for Rendell, or someone on his staff to notice the error and issue a correction:

Correction: @MikeBloomberg is a great man and a good friend, but I'm still throwing my hat in for @HillaryClinton.

Unfortunately Governor, the Internet is forever.