The populist Democrat won't be hosting fundraising dinners. Until the general election campaign, at least. 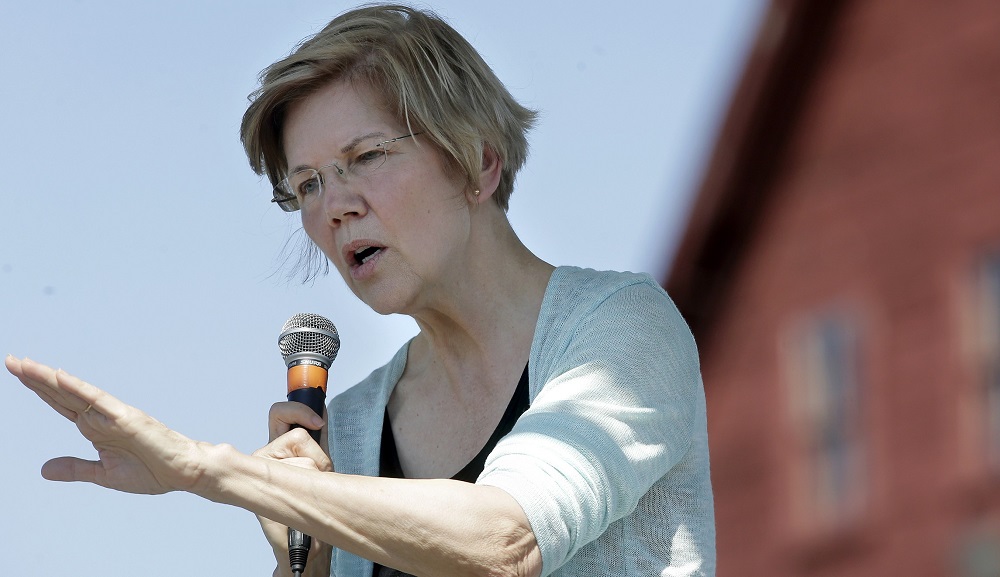 Sen. Elizabeth Warren is laying down a new rule for her presidential campaign: No fundraisers, dinners, receptions or phone calls with wealthy donors.

Warren’s bid for the White House has been defined since its start by themes of fighting corruption and money in politics. The Massachusetts Democrat took that to the next level on Monday, blasting out an email to supporters vowing to forgo any “fancy receptions or big money fundraisers only with people who can write big checks,” as well as phone calls to wealthy donors.

“For every time you see a presidential candidate talking with voters at a town hall, rally, or local diner, those same candidates are spending three or four or five times as long with wealthy donors — on the phone, or in conference rooms at hedge fund offices, or at fancy receptions and intimate dinners — all behind closed doors,” Warren wrote. “When I thank the people giving to my campaign, it will not be based on the size of their donation.”

She’s not wrong. Our electoral system, where candidates spend months—or even years—campaigning to win primaries followed by a general election, requires all but the most well-known or well-heeled candidates to spend an inordinate amount of time raising money. Quite naturally, those who give the most expect something for their contributions. And that something is, at the very least, access to the candidate when they take office.

Warren’s announcement Monday is an implicit challenge to — and perhaps even criticism of — some of her competitors in the Democratic field who have courted big-dollar donors and bundlers.

Okay. So, how is Warren going to be different?

The Warren campaign has not held a single fundraiser since New Year’s Eve when Warren launched her presidential exploratory committee, Warren aides confirmed to CNN.

The time that Warren and her staff can save by skipping glitzy fundraisers and call times with deep-pocketed donors, they say, is time they are devoting to more organizing events, town halls, and calls to grassroots supporters and small-dollar donors. In just under two months, Warren has traveled to Iowa, New Hampshire, South Carolina, Nevada, California, Georgia and Puerto Rico, and has clocked in more than 20 campaign events.

Okay. But all of this traveling is going to be expensive. How does she intend to pay for it?

Warren has already disavowed accepting any PAC money and donations from federal lobbyists and has pressured others Democratic candidates to do the same.

A fundraising email last week said Warren is “not taking any contributions from PACs or federal lobbyists, and she’s not spending her time cozying up to wealthy donors who can write big checks,” and added for emphasis: “You can’t say that about all the other candidates in this race.”

Right. Still, all of this traveling is going to be expensive. How does she intend to pay for it? Apparently, grassroots something-or-other.

Oh, and it turns out that she’s only going to be pure on this front until she’s the nominee:

Warren’s announcement on Monday also highlights her campaign’s emphasis on building a grassroots movement as a longer-term investment, as the senator hopes to eventually take on President Donald Trump next November.

“By then we’ll be up against a Republican machine that will be hell-bent on keeping the White House,” Warren wrote. “They will have PACs and Super PACs and too many special interest groups to count, and we will do what is necessary to match them financially. That means investing—starting now — in each and every one of our state parties, and in our national party too.”

I strongly suspect Warren is playing that game here.

I take her at her word that she’ll not be going to fundraising dinners or taking PAC money during the primaries. But I’m guessing that their will nonetheless be fundraising dinners for Warren. And maybe she’ll also eschew personally making phone calls to wealthy donors. But note that she hasn’t said she’ll reject donations from wealthy donors. One strongly suspects someone on her campaign will be making the calls, not her.

Further, if she winds up the nominee and starts rubbing elbows with plutocrats from May to November of 2020, it’s not obvious how having refrained from doing so from February 2019 through April 2020 will change the equation.

Again, Warren is pointing to a legitimate problem. And there’s some shrewdness in a relatively well-known candidate announcing restrictions that would be easier for her to live with than most of her primary opponents. But it’s not obvious that she’s proposing anything that would actually remediate the problem to which she’s pointing. 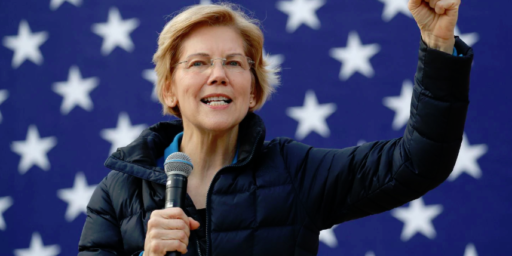