Facebook billionaire Sean Parker wanted an elaborate wedding based on the Lord of the Rings and wasn't going to let little things like the law or some environmental damage stop him. 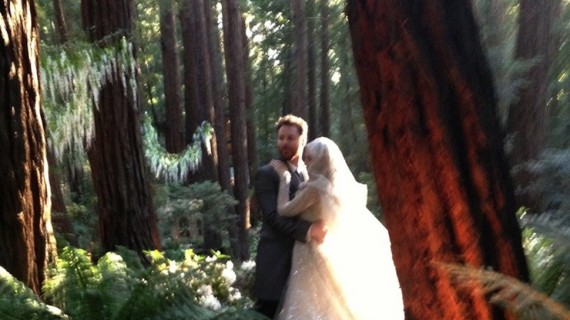 Facebook billionaire Sean Parker wanted an elaborate wedding based on the Lord of the Rings and wasn’t going to let  little things like the law or some environmental damage stop him.

When California regulators told Sean Parker that the elaborate, Tolkienesque set for hiswedding wasn’t permitted, he went along anyway. Was this just eco-oversensitivity? Nope: Parker’s grotesque ceremonial mound was a redwood-damaging, erosion-spilling indulgence.

From a new report by the California Coastal Commission (unearthed by The Atlantic’s Alexis Madrigal), it’s clear that Parker didn’t give a damn about the consequences of an artificial castle in pristine woodlands—“Neraida,” the company he created just to oversee his wedding, didn’t obtain any necessary permits. He and his wife wanted a dream wedding with elven cottages, and they were going to get it, even if it meant settling with state regulators for $2.5 million after the fact. When you help make Facebook a billion-strong global entity, you don’t worry about permits, my friend. Permits are for the rest of us.

It must be nice to have money.  I mean, sure, this is excessive but, hey, you find a woman who wants an elven dream wedding, you’re not going to let paperwork get in the way of romance.

The report says no appropriate anti-erosion mechanisms were put in place, and, like something out of a Disney villain’s dreams, Parker built fake fantasy amusement park walls right into giant old redwoods. “The unpermitted development has thus impacted the existing redwood forest habitat and has likely caused sedimentation of Post Creek,” the report says—Post Creek is notably home to threatened fish. Threatened enough already without being exposed to a billionaire’s dirt runoff and hubris.

The lesson here? None, really, other than it’s easier to ask for forgiveness than permission, and even easier to create an LLC to manage your $10 million wedding and then spend another $2.5 million paying off California when it tells you you’re breaking the law.

Morally, I’m not sure this is any worse than driving 85 in a 55 zone, which people known to me have done on more than one occasion. After all, the penalty for both is a fine and those with more means find the fine less burdensome than others.