CNN's Fareed Zakaria looks to be caught in a bit of a plagiarism scandal. 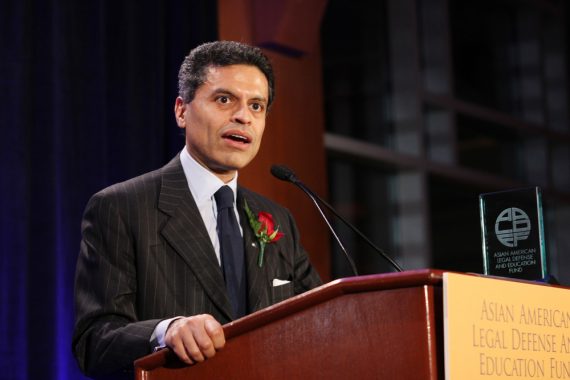 Fareed Zarkaria, CNN Sunday host and columnist for Time, has a column in the most recent issue of the magazine about gun control.  Unfortunately for Zakaria, his column bears a striking resemblance to a New Yorker article written in April by Jill Lepore. The Atlantic’s Alexander Abad-Santos has the details:

We’d emphasize the similarities, but the gists of both paragraphs make the same point, have the same turns, and yeah, this doesn’t look great for an award-winning big name journalist/columnist like Zakaria.The Atlantic‘s Jeffrey Goldberg pointed out that Zakaria in 2009 had lifted quotes from his interviews without attribution–today’s piece runs without any mention to Lepore. So what gives and just how bad is this? Well, going by The New Yorker‘s Lehrer Plagiarism Scale, we’d say it ranks worse than Jonah Lehrer borrowing from himself (a misdemeanor according to editor David Remnick said at the time) but not as bad as Lehrer making up quotes (which eventually spelled his resignation from this magazine). And this offense seems a lot more serious than recycling a commencement speech, which Zakaria did this year at Duke and Harvard.

In a long update to the post, Santos points out numerous other similarities between Zakaria’s column and Lepore’s article and, in case you’re wondering, no Zakaria does not cite, link to, or provide credit to Lepore anywhere in his column.

So far, neither Zakaria nor Time have commented on the matter, nor has CNN, but I’m sure we can expect to hear something about this soon. In the meantime, there’s much that can be said about this matter but, given the fact that this is not new, that other journalists have been caught doing either plagiarizing or making things up out of whole cloth. Just this week, in fact, The New Yorker ‘s Jonah Lehrer resigned after it was discovered that many of the quotes in the biography he wrote about Bob Dylan were completely made up.

I’m not sure what the consequences for Zakaria will be, but the question I have to ask is a simple one. In any age where everything is digitized, where the stories of men like Jayson Blair and Lehrer are well known, why would someone even risk doing something like this and, potentially completely destroying their credibility?

As you can see, Zakaria does not lift Lepore’s passage word for word. He tweaks the language ever so slightly — enough, in his mind, perhaps, that crediting Lepore in any way was no longer required. It’s shady. If you’re going to rewrite an entire passage, with only the most imperceptible and inconsequential alterations, you might as well just quote the passage and source it to the person who wrote it. Otherwise, you are taking credit for work that isn’t yours. This is generally frowned upon.

The best-case explanation is that Zakaria’s transgression was the result of sloppiness, as opposed to intentional deceptiveness. But this isn’t even the first time that Zakaria has been accused of taking ownership of another writer’s work. We hope those are the only examples and that there’s no larger pattern of plagiarism here. But, if there is, the Internet will find it, eventually, once it has a reason to look. Ask Jonah Lehrer.

Indeed, it will, and I’m sure there already people out there Googling away. Zakaria will supposedly be releasing a statement of some kind today. Hopefully, he won’t copy it from someplace else.

Update: The Atlantic’s Santos, posts an update on his post with this statement from Zakaria:

“Media reporters have pointed out that paragraphs in my Time column this week bear close similarities to paragraphs in Jill Lepore’s essay in the April 22nd issue of The New Yorker. They are right. I made a terrible mistake. It is a serious lapse and one that is entirely my fault. I apologize unreservedly to her, to my editors at Time, and to my readers.”

No word from Time as of yet.

Update # 2: Both Time and CNN have suspended Zakaria. The Time suspension is for a month (at least?) and the CNN suspension is “indefinite.” 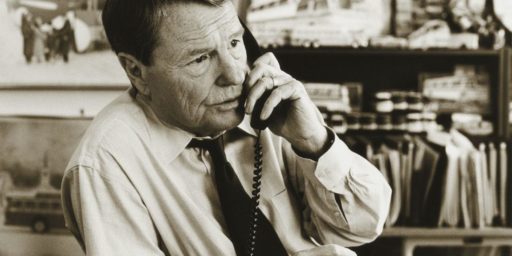