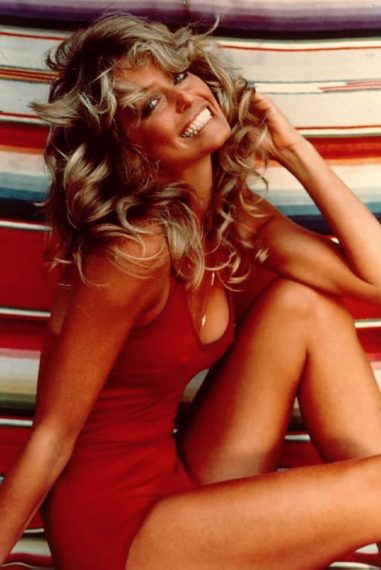 The swimsuit that Farrah Fawcett wore in the what was likely the most famous poster of the late 1970s is headed to the Smithsonian Museum:

There was a poignant little shrine on display at the National Museum of American History Wednesday: A leather-bound book of “Charlie’s Angels” scripts; the 1976 Time with the Angels on the cover; a vintage 1977 “Farrah’s Glamour Center” toy beauty kit; that famous Farrah-in-the-red-swimsuit poster.

And saddest of all: Farrah Fawcett’s actual famous red swimsuit, without Farrah in it.

It seemed more than Ryan O’Neal could bear.

“I don’t think that Farrah realized the impact that poster would have on the world,” said the late actress’s longtime love, tearing up as he handed over a set of Fawcett artifacts to the Smithsonian’s pop-culture collection on what would have been her 64th birthday. “She was one of a kind. She had energy and an aura I have never seen before or since. She was magnificent.”

Then he choked out a few halting words of thanks to the museum, reports our colleague Aaron Leitko, and, seemingly overcome by emotion, bolted from the room and stayed out of sight for a few minutes.

Listen, we know we’ve raised an eyebrow or two over the years about some of the showbiz stuff the Smithsonian’s been taking in these days (Chuck Mangione’s hat — really? “America’s Funniest Home Video” props — really?) and whether they deserve a place alongside Dorothy’s ruby slippers. But, hey, that ship has sailed. And would any pop-cult scholars argue there’s anything more American 1976-iconic than The Farrah Poster? 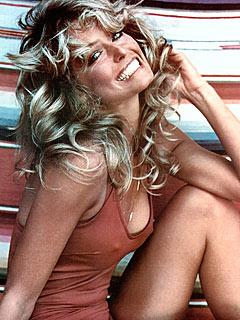 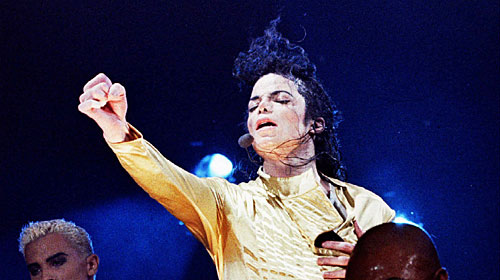