Another Federal Judge has held that the Trump Administration's efforts to punish so-called 'sanctuary cities' violates both Federal law and the Constitution. 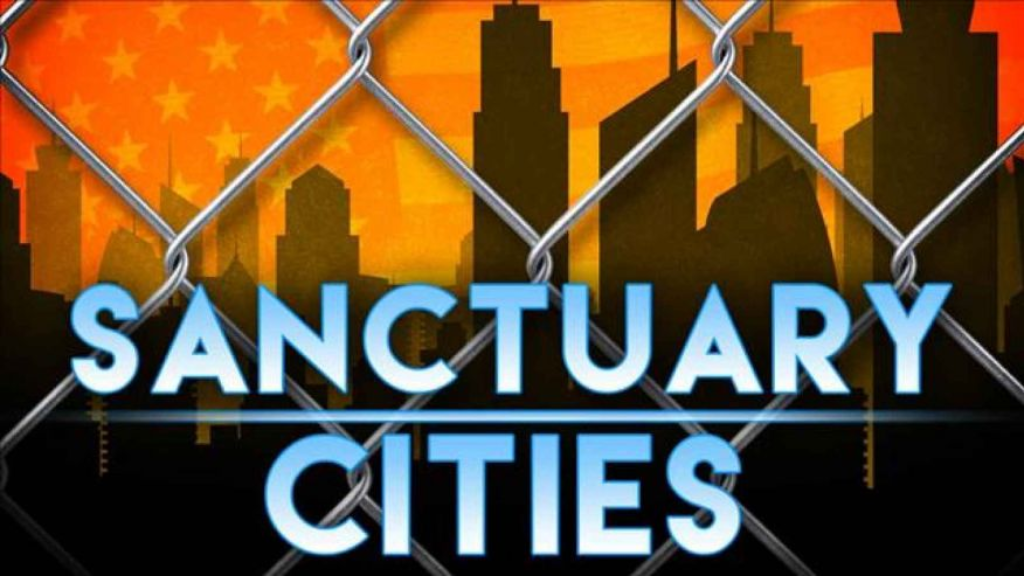 A Federal District Court Judge in Pennsylvania has ruled for the City of Philadelphia in its challenge to the Trump Administration’s attempt to punish jurisdictions that adopt so-called ‘sanctuary’ policies in dealing with people in the country illegally:

PHILADELPHIA — A federal judge ruled Wednesday that the Trump administration cannot cut off grants to Philadelphia over the way the city deals with immigrants in the country illegally.

U.S. District Judge Michael Baylson said in his ruling that the conditions the federal government placed on the city in order to receive the funding are unconstitutional, “arbitrary and capricious.” He also wrote that Philadelphia’s policies are reasonable and appropriate.

Philadelphia has said it will turn over immigrants to Immigration and Customs Enforcement only if the agency has a warrant signed by a judge.

The federal requirements included allowing Immigration and Customs Enforcement officers access to prisons to interview people of interest, providing advanced notice of release of those people and following rules prohibiting restrictions on disclosure of any person’s immigration status.

“The public statements of President (Donald) Trump and Attorney General (Jeff) Sessions, asserting that immigrants commit more crimes than native-born citizens, are inaccurate as applied to Philadelphia, and do not justify the imposition of these three conditions,” Baylson wrote.

Federal attorneys had said the city’s policies put federal immigration agents in danger and create situations where criminals in the country illegally are released and allowed to reoffend.

“Today’s opinion from the district court in Philadelphia is a victory for criminal aliens in Philadelphia, who can continue to commit crimes in the City knowing that its leadership will protect them from federal immigration officers whose job it is to hold them accountable and remove them from the country,” O’Malley wrote in an emailed statement.

The city had said that the requirements on federal grant spending were unconstitutional and that following them would promote a perception in the community that it was serving as an arm of federal immigration enforcement. City attorneys had argued that would create a barrier for immigrants to seek out city services ranging from health care to calling the police when they’re victimized.

This ruling is the third defeat that the Administration has suffered in connection with its efforts to penalize American cities and other jurisdictions who refuse to turn suspects in detention over to Federal immigration authorities. The first ruling came in April of last year from a Federal District Court Judge in San Francisco issued a nationwide temporary injunction against the enforcement of one of those efforts. The Judge in that case, William Orrick, found that the policy violated both principles of Federalism set forth in the Tenth Amendment and the Separation Of Powers in that it involved the Executive Branch presuming to assume for itself questions regarding the availability of Federal funding for cities based on criteria not within its discretion under the relevant Federal law. That ruling was later converted into a permanent injunction by the same Judge in an opinion released back in November that relied on essentially the same grounds as the original order. Prior to that ruling, a Federal District Court Judge in Illinois, ruling on a case that had been filed by the City of Chicago, issued another nationwide injunction against another Department of Justice effort to punish so-called “sanctuary cities.” That ruling, by Judge Harry Leinenweber, a Reagan appointee who has been on the bench since 1985, found that the policies at issue were also unconstitutional due to the fact that they violated both the Tenth Amendment and the powers granted to the Federal Government by the Constitution. That ruling was upheld by a three-Judge panel of the Seventh Circuit Court of Appeals, but it’s worth noting that the ruling of that panel has been accepted for an en banc review by the full Seventh Circuit, which could either uphold the panel’s ruling, and thereby the lower court injunction, or overturn it. Even if the en banc court rules in favor of the Administration, though, the injunctions from the Judge in California and, now, Pennsylvania will remain in effect unless and until an appellate court rules otherwise This means that the Administration’s efforts to punish these so-called ‘sanctuary cities’ will remain on hold for the foreseeable future.

This ruling by Judge Michael Baylson, a George W. Bush appointee, is largely similar in its reasoning to the rulings issued by Judge Orrick in San Francisco, Judge Leinenweber in Chicago, and by the three-judge panel that heard the appeal from Judge Leinenweber’s case. (As an aside it’s worth noting that with the exception that with the exception of Judge Orrick, who was appointed by former President Obama, all of the Judges who have ruled against the Administration were appointed by Republican Presidents.) In each of the cases, the respective Judges have found that the policy exceeded Executive Branch authority granted by the relevant laws passed by Congress and that the efforts to force states and local governments to enact or cooperate with the enforcement of Federal laws in a manner that violates the Tenth Amendment. The extent to which the Federal government can force the states to comply with Federal law has been shaped by a number of Supreme Court decisions that begin with South Dakota v. Dole in 1987, and continuing into the 1990s with New York v. United States and Printz v. United States and ending most recently with  National Federation of Independent Business v. Sebelius, the case that largely upheld the Affordable Care Act but also struck down that portion of the law that required states to expand Medicaid coverage by threatening to withhold all of a state’s Medicaid funding if it declined to expand coverage as permitted under the PPACA. Through this line of cases, the Supreme Court has strictly limited the circumstances under which the Federal Government can use funding and threats to withhold funding from states and localities that don’t comply with demands to cooperate with the desires of the Federal Government. The fact that the Administration’s sanctuary cities policy has consistently been on the losing side of this argument indicates strongly that they are going too far in this area.

As a matter of policy, the states that have challenged the Trump Administration’s policies on this issue argue that acting in compliance with the orders that have come from the White House and the Justice Department would make it more difficult for state and local law enforcement to do their job.For example, it’s quite common for police to find that immigrants, legal or not, are often reluctant to report crimes committed against them to the police or to cooperate or come forward as witnesses to a crime out of the fear that doing so could harm their otherwise legal immigration status or subject them to being handed over to Immigration and Customs Enforcement authorities. Operating on a policy that local authorities will not turn such people over to ICE aids law enforcement, they argue, because it helps to belay that fear among members of immigrant communities in their jurisdictions and assists local law enforcement in fighting violent crime. This is especially true among undocumented immigrants since this group tends to be a common target of criminals in their own communities if they believe that their actions will go unreported or that witnesses will remain silent even if they do know something about a criminal act in their area. Without such a policy, police have a hard time doing their jobs and the immigrant community becomes even more of a criminal target. This strikes me as fairly good reasoning, and the Federal efforts to enforce compliance and state action seem contradictory to a desire to lower crime rates nationwide

This isn’t the end of the road for this particular case, of course. From here, the Federal Government is likely to appeal the ruling to the Third Circuit Court of Appeals, a process that will take several months at least, if not longer. From there, depending on the outcome, the case would either go to the Supreme Court or could be submitted to the full Third Circuit for a full en banc review. Whatever the process, though, this is yet another setback for the Administration in the Court in a string of cases dealing with the Muslim Travel Ban, the effort to reverse the Obama Administration’s policy on transgender troops in the military, and, of course, the effort to bring an end to the DACA program that goes back to the early days of the Administration. Congress has done a terrible job of keeping Trump in check, but at least the Courts are still willing to stand up for the rule of law.