Currently, 60 votes are required to break a filibuster, which is also called invoking cloture. The resolution, co-sponsored by several senators, will require 60 votes only in the first attempt at invoking cloture. In each attempt after that, the vote requirement will drop by three until it reaches a simple majority of 51 votes.
This rule change will apply only to executive nominations, not legislative business.

While this strikes me as a workable compromise, it’s also silly. Unless there will be a waiting period between cloture votes, the logic of requiring an idiotic countdown (60, 57, 54, 51) is lost on me. 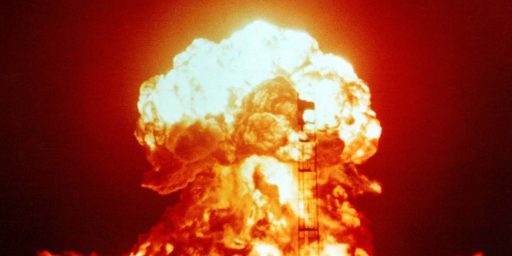