Radley Balko finds lard of a different nature than pork spending on the menu of the Mississippi legislature: a state legislative bill sponsored by two Republicans and one Democrat that would effectively ban all restaurants in the state from serving the “obese.” Lest you think the sponsors are kidding, blogger Sandy Szwarc contacted the main sponsor of the bill (a Republican from the Memphis suburbs) and he’s quite serious:

He kindly took a moment to answer my question while the legislature was in session. He said that while, regrettably, he doesn’t believe his bill will pass, this is serious. He wrote it, he said, because of the “urgency of the obesity crisis and need for government action.” He hopes it will “call attention to the serious problem of obesity and what it is costing the Medicare system.”

I am literally at a loss for words. 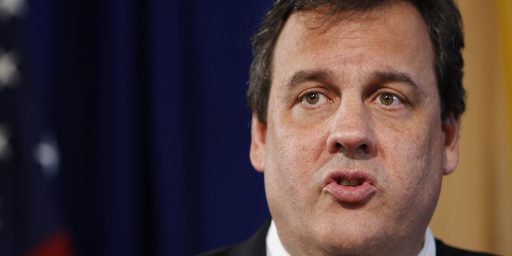