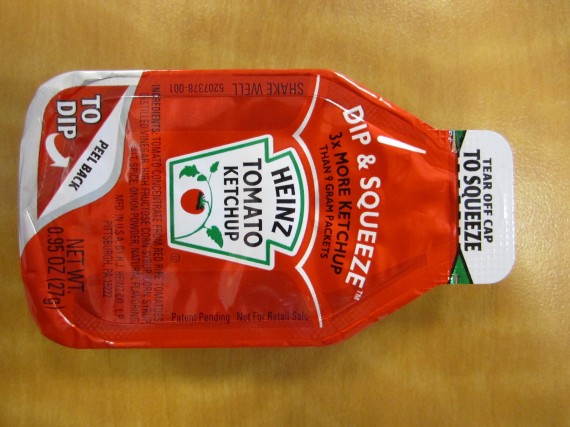 French schoolchildren won’t be allowed to put ketchup on anything but French Fries anymore:

First France built a wall around its language to protect it from pernicious Anglo-Saxon invaders. Now it is throwing up a shield against another perceived threat to its culture and civilization: ketchup.

In an effort to promote healthful eating and, it has been suggested, to protect traditional Gallic cuisine, the French government has banned school and college cafeterias nationwide from offering the American tomato-based condiment with any food but — of all things — French fries.

As a result, students can no longer use ketchup on such traditional dishes as veal stew, no matter how gristly, and boeuf bourguignon, regardless of its fat content.

Moreover, French fries can be offered only once a week, usually with steak hache, or burger. Not clear is whether the food police will send students to detention if they dip their burgers into the ketchup that accompanies their fries.

“France must be an example to the world in the quality of its food, starting with its children,” said Bruno Le Maire, the agriculture and food minister.

The rules leave young ketchup lovers here little choice. French schoolchildren are not allowed to bring home-prepared lunches to school and must either eat in the cafeteria or go home for lunch. School and college cafeterias serve 1 billion meals a year, according to the government.

Le Maire said the changes were introduced because common sense rules on nutrition have not been followed in the nation’s schools.

“Six million children eat in canteens every day, but 1 in 2 of them is still hungry when they leave,” he said. “Nutritional rules are neither applied or controlled. We are making them obligatory and we will be keeping an eye on the menus.”

The government acknowledges on its website that fewer than half of college and high school students think the food in school cafeterias is good.

Maybe they need to put some ketchup on it. 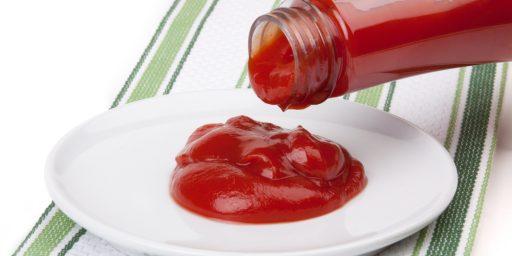 MIT, Harvard Battle To Make It Easier To Pour Ketchup