Via the BBC:  France election: Francois Hollande ‘wins first round’

French Socialist Francois Hollande has won most votes in the first round of the country’s presidential election, estimates show.

They suggest he got more than 28% of votes against about 26% for centre-right incumbent Nicolas Sarkozy.

The two men will face each other in a second round on 6 May.

Far-right candidate Marine Le Pen came third with about 19% of the vote, ahead of seven other candidates.

I would quibble with the BBC’s headline, as while in the numbers reported Hollande has the most votes, the only way to “win” the first round is to get 50%+1 of the vote.  As it stands all the matters is who the the top two vote-getters are.  Third place and onward are the losers, in the sense that they are done after today.

Turnout was over 80% according to the piece (how un-American of them!). 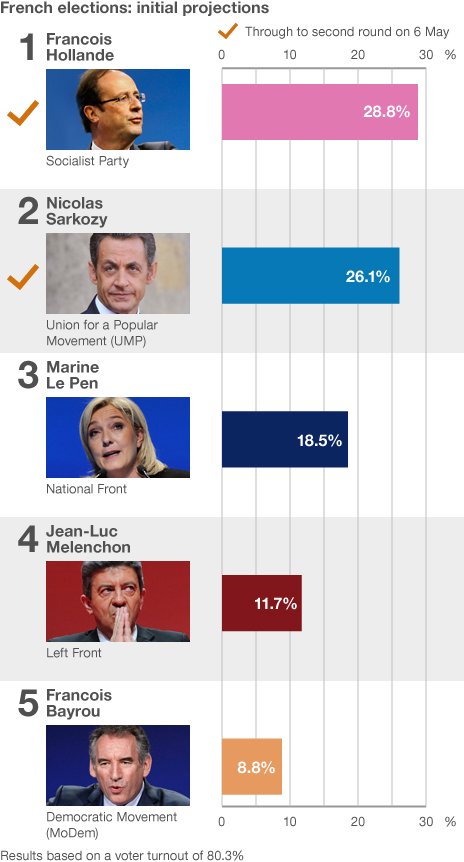