The players are almost completely set for France's 2017 Presidential elections, and the choice seems likely to come down to center-right candidate Francois Fillon and Marine Le Pen, France's Donald Trump. 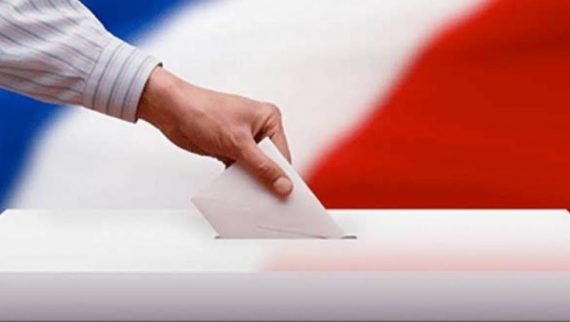 Francois Fillion, who has previously served as France’s Prime Minister, won the election on Sunday to become his party’s nominee for President in the Presidential elections that will be held in five months:

PARIS — French voters chose a socially conservative, budget-cutting former prime minister on Sunday to lead the center-right Republican Party in next year’s presidential election. Once again, the outcome upset pollsters’ initial predictions, and it paved the way for a likely face-off with the country’s far-right party in 2017.

François Fillon, 62, a sober, dark-suited government veteran who called for economic sacrifice, major changes in the French workplace and a crackdown on immigration and Islam, won about 67 percent of the vote in the primary contest on Sunday, crushing his more centrist opponent, Alain Juppé, who is also a former prime minister.

French presidential elections are usually decided in two rounds, with the first round winnowing the field to two candidates. Having won his party’s primary, Mr. Fillon is widely expected to be one of those two finalists in the general election in the spring.

It now seems increasingly unlikely that the current governing party, the Socialists, will produce the other. The French left is weak and in disarray after five years in which high unemployment rates and slow economic growth have barely budged. President François Hollande has not said whether he will run for another term, and many in his party hope he does not.

Instead, the second contender is widely expected to be Marine Le Pen of the far-right National Front. Her party has never been able to attract the backing of more than about one-third of France’s electorate, and for now at least, few analysts predict that it can win the presidency next year. But the xenophobic, anti-immigrant party has received a new lift from the triumph of President-elect Donald J. Trump in the United States.

Mr. Fillon, with his themes of restoring France’s identity and national greatness and his tough language on immigrants and Islam, has been making a clear play for Ms. Le Pen’s voters.

His promise to slash 500,000 government jobs and cut the budget by more than 100 billion euros (about $106 billion) could leave him vulnerable against Ms. Le Pen, who promises to safeguard France’s substantial safety net of government protections and spending. Mr. Fillon told supporters during the campaign that he was going to “break down the house,” but many in France don’t want the house broken.

Promises of top-to-bottom economic overhaul have generally brought thousands of demonstrators into the streets. Unions are already sounding warnings about Mr. Fillon’s plans to reduce the state’s role in the economy, and the National Front has heaped scorn on his proposals.

In his victory speech on Sunday night, Mr. Fillon emphasized traditional French rightist themes of restoring “authority” and “French values,” as he did throughout the campaign, when commentators largely dismissed his chances.

“In our country, there is an immense need for respect and pride,” Mr. Fillon told cheering supporters in Paris. “There is also a demand for the authority of the state, and for exemplary behavior from those who govern it. In my conduct, the voters of the right and the center have found the French values to which they are so much attached.”

His opponent, Mr. Juppé, campaigned on a “unity” theme that led many on the right to suggest that he was a leftist in disguise. The notes Mr. Fillon sounded were darker.

With many of his fellow citizens uneasy over immigration, terrorist attacks and the integration of Muslims, Mr. Fillon vowed to restore a more traditional France by strictly regulating Islam and limiting immigration, and promised an alliance with Russia to crush what he called “totalitarian” Islamists. Commentators have noted Mr. Fillon’s close relations with Vladimir V. Putin, Russia’s president.

Fillon will face off on April 23rd against the candidate from the governing center-left coalition that includes the Socialist Party of French President Francois Hollande, and Marine Le Pen the leader of the far-right National Front, the anti-immigrant, anti-European Union party founded by her father Jean-Marie Le Pen. The center-left coalition has yet to choose its candidate, but the assumption is that it will be Hollande, although there appears to be at least some chance that Hollande’s own party could be set to hand him a humiliating loss by failing to renominate him for President. Based on current polling, it would appear that the race will come down to a voters choice between Fillon and Le Pen given the fact that, notwithstanding his efforts to rally the French people in the wake of the terrorist attacks in Paris and Nice over the course of the last year, Hollande remains massively unpopular with the French public. To some extent, it appears that at least part of the reason for Hollande’s unpopularity is due to ongoing economic problems in France, which has long had an unemployment rate that is much higher than it has been in the United States and currently stands at somewhere near ten percent (source). Additionally, Hollande has taken the brunt of the blame for public dissatisfaction with government policies that have allowed tens of thousands of refugees to flood into the country as well as the problems that the country has had with the heavily Muslim immigrant population in general. This unpopularity has continued despite the fact that the terror attacks of 2016 have made Hollande among the more aggressive leaders in Europe when it comes to taking on the threat posed by ISIS as and other terrorist groups.

Ordinarily, because of the number of parties and other issues, French elections such as the Presidential election coming up in April are decided in two stages. In the first stage, all the parties that qualify will have candidates on the ballot, but the real contest will be between Hollande’s center-left coalition, Fillon’s center-right coalition, and Le Pen’s National Front. In the second, the top two vote recipients participate in a runoff election that occurs about a month after the first round of voting, with the winning becoming the next President of France. In the past, this second round has usually come down to the center-left versus the center-right, with the National Front falling short of the top two finish that would allow them to advance to the second round. As we get closer to the elections, polling in France has shown Le Pen surging to the point where she would qualify for the second round of voting, shutting out Hollande, thus resulting in Hollande becoming a lame duck while Fillon and Le Pen face off in the second round. In the past when National Front candidates have managed to make it into the second round in races for other French offices, such as for Parliament, the two mainstream coalitions have successfully come together to support whichever candidate is opposing the National Front and block them from taking office. Right now, polling indicates that this would likely happen and that Fillon would easily defeat Le Pen in a second round. There are still some five months before Election Day, though, and there’s no telling how the political climate in France may change in that period. For example, another terrorist attack could enhance Hollande’s position by creating a ‘rally around the flag’ effect, or it could further panic the public and send them rushing to support the anti-immigrant zealots in the National Front. Additionally, with the future of European Union now on the table thanks to Brexit, France’s relationship with the rest of Europe could have a huge impact on the race. Whatever the result, though, the outcome of this election will have a significant impact on the future direction of France as well as  Europe as a whole.

This will be an election worth paying attention as we head toward the first round of voting on April 23rd, and the second round, if needed, on May 7th.