Tom Holbrook at Politics by the Numbers notes the following: 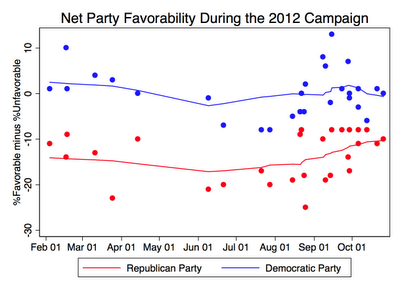 Source:  “Data taken from pollingreport.com and pollster.com.  The dots represent individual polls, and the lines are the smoothed lowess trends in the series.”

This struck me as interesting because it represents clear data to explain why a lot of Republican-leaning voters are self-identifying as independents in the poll samples.

The bottom line is:  we know a substantial number of voters (in the high 40s to low 50s) will vote for Romney, the Republican, next week.  However, we also know that partisan ID in polls does not fit those numbers.  As such, it is clear that a lot of people who will vote Republican do not wish to be called Republican for whatever reason.  The above graph gives us some context:  the net view of the GOP at the moment is negative, and it is not just because Democrats view the party unfavorably (because there are not enough Democrats to create a net unfavorable outcome). 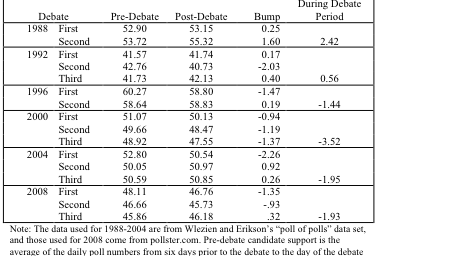