NYT reports that the Supreme Court has overturned the 17-year sentence of a Kansas man convicted of statutory rape of a 14-year-old boy. They remanded it to a lower court “for further consideration in light of Lawrence v. Texas.”

Now, wait a minute. The ruling from Lawrence was:

Held: The Texas statute making it a crime for two persons of the same sex to engage in certain intimate sexual conduct violates the Due Process Clause.

So, it was a due process finding, not an equal protection argument, that won the day. Further, Kennedy ends with,

This case does not involve minors, persons who might be injured or coerced, those who might not easily refuse consent, or public conduct or prostitution. It does involve two adults who, with full and mutual consent, engaged in sexual practices common to a homosexual lifestyle. Petitioners’ right to liberty under the Due Process Clause gives them the full right to engage in private conduct without government intervention. Casey, supra, at 847. The Texas statute furthers no legitimate state interest which can justify its intrusion into the individual’s personal and private life. Pp. 17-18.

Well, this case does involve a minor. Who, by definition, can not give consent. Which is why we have statutory rape laws.

Now, granted, a 17-year sentence seems rather excessive for oral sex. And I’d need to know more about the case in question before I’d want to pronounce a sentence here. But I’m baffled that Laurence v. Texas would control here. And, furthermore, even if we now believe adult homosexuals have a privacy right to do as they will behind closed doors, that does not mean they have the right to rape small boys. Further, I would argue, given that heinous as rape is, homosexual rape of heterosexuals is even worse. This ruling is truly bizarre.

Update (1708): Clarification, the opening part of the last paragraph stems from this passage in the linked article:

Matthew Limon was one week past his 18th birthday in early 2000 when he performed oral sex on a 14-year-old boy at the center for developmentally disabled young people where they both lived. No violence or coercion was involved.

Had Mr. Limon performed oral sex on a 14-year-old girl, he could have received a prison sentence of about 15 months, and possibly just probation. Instead, he is now about three years into a 17-year sentence in the Ellsworth Correctional Facility. Under his sentence, he was also ordered to register as a sex offender upon his release.

I would want to know more about the fact that they were both “developmentally challenged,” for one thing. Is that PC speak for “retarded,” “criminal,” or what? Were they boyfriend and, um, boyfriend? While 18 and 14 strikes me as a significant disparity–I was in my mid 20s before I dated someone more than a year younger than me–it isn’t absolutely unprecedented for a high school senior to date a freshman. Taking the totality of the circumstances into consideration is normal in sentencing. 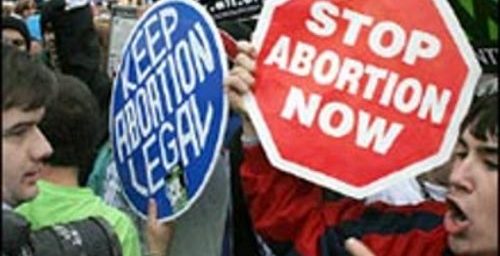