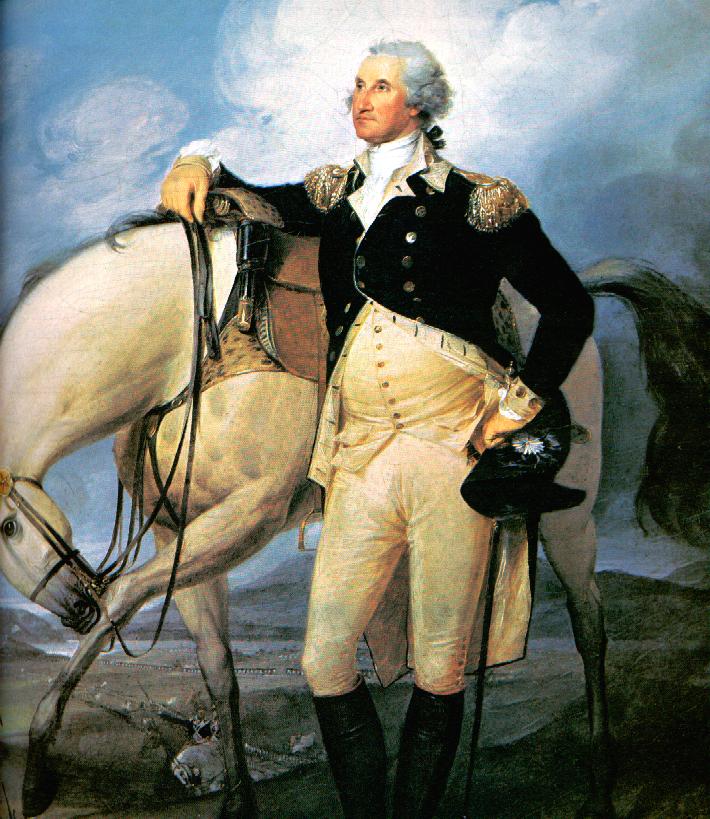 Twenty-two years before the Declaration of Independence was formally adopted by the Second Constitutional Convention, the man who was leading the Continental Army in the field surrendered on a different field of battle:

JUMONVILLE GLEN, Pa. – Between this heavily wooded ravine along an Allegheny Mountains summit and the “great meadow” down the road, a young George Washington offered his only surrender in battle.

“It is pretty amazing standing here, knowing at this very spot the seeds of democracy were sown,” says David Harkleroad, 26, a “living historian” for the National Park Service.

The shots fired between forces led by Washington, then a British emissary, and the French and their Indian allies were the first of the Fort Necessity campaign, which led to the worldwide French and Indian (or Seven Years) War.

“In yet another twist of irony,” Harkleroad adds, “because Britain was the ultimate winner of the French and Indian War, the Brits had to pay down their war debt by taxing the colonists, ultimately leading to the rebellion and eventually our independence.

“Americans, as you see today with tea party protests, still rebel against taxes,” says Harkleroad, who has served two Pennsylvania National Guard tours in Iraq. “We are … willing to still fight for economic independence.”

The surrender took place at the Battle of Fort Necessity, which was one of the first battles of the French And Indian War. The defeat of Washington’s force eventually lead both the British and the French to increase their military forces in North America and, starting in 1756 the two European powers clashed in the Seven Years War. As noted, that war led the British to incur massive debt that resulted in them increasing taxes on the colonies in North America, which itself lit the spark that became the American Revolution. Washington’s loss at Fort Necessity does not seem as though it resulted from any mistakes that he and his men made. Instead, it is apparent that his forces were outmatched by the combined forces that confronted them and, given the weapons technology of the day, they may well have been fighting what was a hopeless battle from the beginning. In any case, though, it’s somewhat ironic that Washington’s loss on July 4th, 1754 set in course a series of events that led to the events we celebrate today. It’s funny how history works out sometims, as Washington himself may have well reflected on that July day 238 years ago.