George Will: We Have Intervened In A Civil War In A Country We Do Not Understand

This morning, it took George Will about a minute to lay out the case against Operation Odyssey Dawn:

CHRISTIANE AMANPOUR: “George. Do you think this was the right thing to do?”

GEORGE WILL: “I do not. We have intervened in a tribal society in a civil war. And we’ve taken sides in that civil war on behalf of people we do not know or understand. For the purpose not avowed, but inexorably of creating a political vacuum by decapitating the government. Into that vacuum, what will flow we do not know and cannot know.”

That would pretty much sum it up. 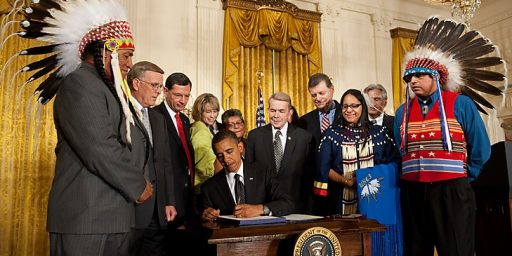