Germany Ready To Take A Harder Line Toward Russia Over Ukraine? 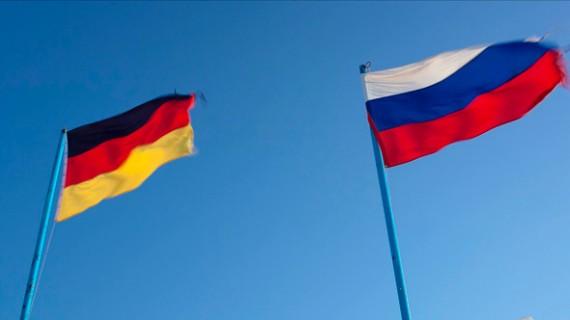 The New York Times’ Alison Smale notes that the Ukraine crisis seems to be finally causing the Germans to reconsider their country’s relationship with Russia:

BERLIN — Over recent months, something significant has happened in Europe: In the crisis over Ukraine, Germany has assumed leadership not just in its familiar fashion of trying to coax Russia away from belligerence and bluster, but in standing firm and imposing sanctions on Moscow even if it hurts German business.

Perhaps even more remarkable is that Germans, long anxious to preserve commercial, energy and cultural ties with their vast eastern neighbor, have gone along. Seventy percent of 1,003 adults polled last week by Infratest dimap for the public broadcaster ARD approved of stricter sanctions; just 15 percent viewed Russia as a reliable partner in a poll with a three-percentage-point margin of sampling error.

In marked contrast to France’s leadership, Chancellor Angela Merkel and her government — a united “grand coalition” of center-right and center-left — have kept German businesses apprised of any shift in thinking and made it clear throughout that tougher sanctions would be imposed if Russia fell further out of line.

The political upheaval over Ukraine has already affected Germany’s economy, slowing down growth and throwing into question the country’s ability to sustain its long record of robust performance even amid anemic recovery elsewhere in the European Union, economists said. The sanctions that would restrict trade between the countries are likely to cause further damage.

But the shocking downing of a Malaysian passenger airliner over eastern Ukraine in July hardened many Germans’ resolve and, with Germany leading, led to even tougher European sanctions on Moscow. Now, as Russia sends a huge convoy it says is delivering aid to beleaguered eastern Ukraine, Berlin is firmly warning Moscow not to exploit the column of trucks for military use or proceed without Ukrainian agreement, and telling Ukraine to show restraint and not worsen the plight of trapped civilians.

Appeals to reason have long been a hallmark of German policy. But, even if still couched in caution, there is a clear determination to show Russia that there can be no return to business as usual, even among German businesspeople who have spent years cultivating ties and profits there.

The support comes from surprising quarters. Eckhard Cordes, chairman of the Committee on Eastern European Economic Relations, founded in 1952 to promote business with what was then the Soviet bloc, noted that Moscow’s retaliation last week for the latest European sanctions would only sharpen the negative trends in business with Russia, and that his group warned early on of the dangers of sliding into tit-for-tat sanctions. But he stopped well short of objecting to the Western measures or repeating warnings of past months about the danger of losing hundreds of thousands of jobs by shutting down the ties of 7,000 German companies doing business in Russia.

Gernot Erler, a lifelong Social Democrat, former deputy foreign minister and now commissioner for Russia and former Soviet states, a government position in the German Parliament, first visited Moscow in 1965 and has spent decades promoting the Ostpolitik of reconciliation with the East. Now, he is bitingly critical of Russia and its leader.

“The policy of Vladimir Putin is destroying reserves of trust with breathtaking speed,” Mr. Erler said in an email. “Russia is not naming its goals and has suddenly become unpredictable. And being unpredictable is the greatest enemy of partnership. Restoring trust will take time.”

This most likely doesn’t mean that Germany is likely to start advocating a hard line against Russia, but it does seem to indicate that Chancellor Merkel and her government are willing to step up the pressure on Russia over Ukraine in a way that they had not been doing in the past. This despite the fact that it is likely to cause Germany and other nations in Europe at least some economic pain going forward. Whether that means that we could end up with a sanctions regime that actually causes Russia to change course is unclear but at the very least it would seem to mean that the Russians many not be able to count on German complacency any longer. And that could be a game changer.