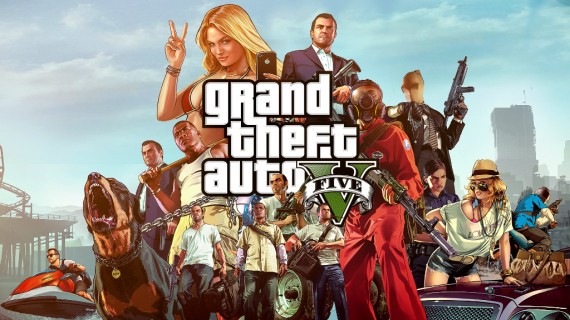 After only three days on the street, the fifth generation version of Grand Theft Auto has garnered a staggering amount of sales:

(Reuters) – Grand Theft Auto V has crossed the $1 billion sales mark after three days in stores, a rate faster than any other video game, film or other entertainment product has ever managed, its creator Take Two Interactive Inc said on Friday.

The latest installment of GTA, a cultural phenomenon that has sparked a national debate on adult content and violence, received strong reviews and racked up $800 million in first-day sales alone.

That marked a launch-day record for the Grand Theft Auto franchise which is Take Two’s most lucrative and allows players to cruise around a make-believe gameworld based on real-life locations such as Los Angeles.

Take-Two shares were little changed at $17.48 in early afternoon-trading on the Nasdaq.

Gamers had eagerly awaited the fifth installment of the 16-year-old game after Grand Theft Auto IV was released in 2008.

It took more than five years to be developed by Take-Two’s Rockstar Games studio at a cost of between $200 million and $250 million, according to some analysts’ estimates.

Obviously, the game is unlikely to sustain this kind of sales momentum for a long period of time, but this seems to be a pretty clear indication of just how popular these types of games are, especially considering a “blockbuster” Hollywood release typically earns about 1/4 this amount over a similar period of time.