Social networking/discount site Groupon made a big ad buy during last night’s Super Bowl, but they may not be entirely pleased with the publicity they’ve drawn:

Groupon may not be making its initial public offering yet — but it has made its mark on millions watching the Super Bowl, anyway. What is not clear yet is whether the start-up has burned through a lot of good will.

The company bought its first television ads for the big game, starting before kickoff, with one theme: “Save the Money.” All the commercials are premised on saving something endangered — and a few bucks to boot.

Perhaps most controversial of all is Timothy Hutton, deploring the troubles besetting Tibetan culture. Before tucking into a plate of discounted Tibetan fish curry.

Here’s the video of the Tibet ad, which seem to draw the most negative reaction last night:

I’m not sure whether this will help or hurt Groupon in the long run — there is, after all, a school of thought that says there’s no such thing as bad publicity — but it strikes me as a fairly tasteless way to introduce yourself to the American public. 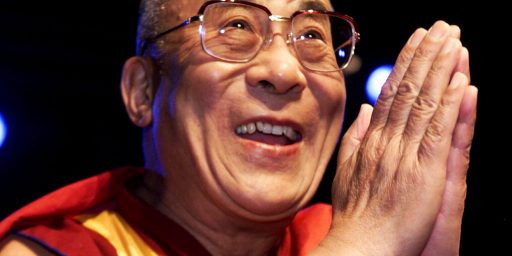