Hitchens: Not As Drunk as You Think 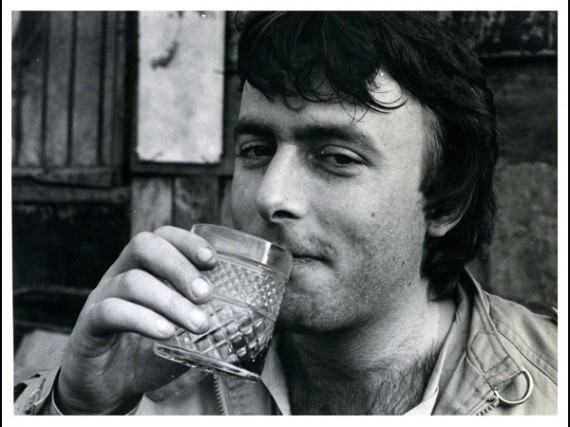 Discussions about Christopher Hitchens almost invariably turn, in short order, to his propensity to imbibe.  But, in “A Short Footnote on the Grape and the Grain,” part of his new memoir, Hitch-22, he points out that his life is evidence of the exaggeration of the myth.

More affecting still is the anxious, considerate way that my hosts greet me, sometimes even at the airport, with a large bottle of Johnnie Walker Black Label. It’s almost as if they feel that they must propitiate the demon that I bring along with me. Interviewers arriving at my apartment frequently do the same, as if appeasing the insatiable.

I don’t want to say anything that will put even a small dent into this happy practice, but I do feel that I owe a few words.  There was a time when I could reckon to outperform all but the most hardened imbibers, but I now drink relatively carefully.

This ought to be obvious by induction: on average I produce at least a thousand words of printable copy every day, and sometimes more. I have never missed a deadline. I give a class or a lecture or a seminar perhaps four times a month and have never been late for an engagement or shown up the worse for wear. My boyish visage and my mellifluous tones are fairly regularly to be seen and heard on TV and radio, and nothing will amplify the slightest slur more than the studio microphone. (I think I did once appear on the BBC when fractionally whiffled, but those who asked me about it later were not sure whether I was not, a few days after September 11, a bit angry as well as a bit tired.) Anyway, it should be obvious that I couldn’t do all of this if I was what the English so bluntly call a “piss-artist.”

But, amusingly, one one reads a bit further into Hitchens’ drinking schedule, one sees that he’s no teetotaler, either.

I work at home, where there is indeed a bar-room, and can suit myself. But I don’t. At about half past midday, a decent slug of Mr. Walker’s amber restorative, cut with Perrier water (an ideal delivery system) and no ice. At luncheon, perhaps half a bottle of red wine: not always more but never less. Then back to the desk, and ready to repeat the treatment at the evening meal. No “after dinner drinks”—​most especially nothing sweet and never, ever any brandy. “Nightcaps” depend on how well the day went, but always the mixture as before. No mixing: no messing around with a gin here and a vodka there.

I tend to drink my Scotch with ice and no soda but I’ll give Hitchens’ way a try.  I’m also interested in his no mixing rule; I tend to throw caution to the wind in that regard, tending to have as many different drinks as I do drinks.

But Hitch has rules:

Of course, watching the clock for the start-time is probably a bad sign, but here are some simple pieces of advice for the young. Don’t drink on an empty stomach: the main point of the refreshment is the enhancement of food. Don’t drink if you have the blues: it’s a junk cure. Drink when you are in a good mood. Cheap booze is a false economy. It’s not true that you shouldn’t drink alone: these can be the happiest glasses you ever drain. Hangovers are another bad sign, and you should not expect to be believed if you take refuge in saying you can’t properly remember last night. (If you really don’t remember, that’s an even worse sign.) Avoid all narcotics: these make you more boring rather than less and are not designed—​as are the grape and the grain—​to enliven company. Be careful about up-grading too far to single malt Scotch: when you are voyaging in rough countries it won’t be easily available. Never even think about driving a car if you have taken a drop.

His advice on cheap booze with its caution about over-upgrading is amusing, if likely good.  As I’m just developing a taste for Scotch, I indeed skipped straight to the good stuff, keeping blends on hands only for mixing.  But I’ve discovered the same lesson with red wines: Get used to $30 bottles and you ruin your taste for what was otherwise perfectly decent fare.