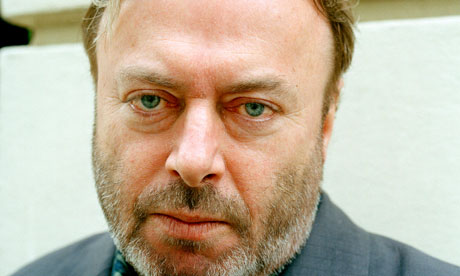 Christopher Hitchens—the incomparable critic, masterful rhetorician, fiery wit, and fearless bon vivant—died today at the age of 62. Hitchens was diagnosed with esophageal cancer in the spring of 2010, just after the publication of his memoir, Hitch-22, and began chemotherapy soon after.

The inestimable Mr. Hitchens was one of those rare public figures who genuinely lived by the maxim in Stacy McCain’s masthead: “One should either write ruthlessly what one believes to be the truth, or else shut up.” (Arthur Koestler). And, regardless of whether one agreed with him or not, he always commanded one’s attention when he spoke out. He’ll be called many things over the next few days. “Brilliant,” “firebrand,” “masterful rhetorician,” perhaps even “piquant.” But it’s doubtful even he himself could have adequately captured in mere words what made him such a striking and important figure.

Christopher Hitchens, a slashing polemicist in the tradition of Thomas Paine and George Orwell who trained his sights on targets as various as Henry Kissinger, the British monarchy and Mother Teresa, wrote a best-seller attacking religious belief, and dismayed his former comrades on the left by enthusiastically supporting the American-led war in Iraq, died Thursday at the M. D. Anderson Cancer Center in Houston. He was 62.

The cause was pneumonia, a complication of esophageal cancer, said the magazine Vanity Fair, which announced the death. In recent days Mr. Hitchens had stopped treatment and entered hospice care at the Houston hospital. He learned he had cancer while on a publicity tour in 2010 for his memoir, “Hitch-22,” and began writing and, on television, speaking about his illness frequently.

“In whatever kind of a ‘race’ life may be, I have very abruptly become a finalist,” Mr. Hitchens wrote in Vanity Fair, for which he was a contributing editor.

He took pains to emphasize that he had not revised his position on atheism, articulated in his best-selling 2007 book, “God Is Not Great: How Religion Poisons Everything,” although he did express amused appreciation at the hope, among some concerned Christians, that he might undergo a late-life conversion.

He also professed to have no regrets for a lifetime of heavy smoking and drinking. “Writing is what’s important to me, and anything that helps me do that — or enhances and prolongs and deepens and sometimes intensifies argument and conversation — is worth it to me,” he told Charlie Rose in a television interview in 2010, adding that it was “impossible for me to imagine having my life without going to those parties, without having those late nights, without that second bottle.”

Armed with a quick wit and a keen appetite for combat, Mr. Hitchens was in constant demand as a speaker on television, radio and the debating platform, where he held forth in a sonorous, plummily accented voice that seemed at odds with his disheveled appearance. He was a master of the extended peroration, peppered with literary allusions, and of the bright, off-the-cuff remark.

In 2007, when the interviewer Sean Hannity tried to make the case for an all-seeing God, Mr. Hitchens dismissed the idea with contempt. “It would be like living in North Korea,” he said.

Mr. Hitchens, a British Trotskyite who had lost faith in the Socialist movement, spent much of his life wandering the globe and reporting on the world’s trouble spots for The Nation magazine, the British newsmagazine The New Statesman and other publications.

His work took him to Northern Ireland, Greece, Cyprus, Portugal, Spain and Argentina in the 1970s, generally to shine a light on the evil practices of entrenched dictators or the imperial machinations of the great powers.

After moving to the United States in 1981, he added American politics to his beat, writing a bimonthly Minority Report for The Nation. He wrote a monthly review-essay for The Atlantic and, as a carte-blanche columnist at Vanity Fair, filed essays on topics as various as getting a Brazilian bikini wax and the experience of being waterboarded, a volunteer assignment that he called “very much more frightening though less painful than the bikini wax.” He was also a columnist for the online magazine Slate.

His support for the Iraq war sprang from a growing conviction that radical elements in the Islamic world posed a mortal danger to Western principles of political liberty and freedom of conscience. The first stirrings of that view came in 1989 with the Ayatollah Ruhollah Khomeini’s fatwah against the novelist Salman Rushdie for his supposedly blasphemous words in “The Satanic Verses.” To Mr. Hitchens, the terrorist attacks of Sept. 11, 2001, confirmed the threat.

In a political shift that shocked many of his friends and readers, he cut his ties to The Nation and became an outspoken advocate of the American-led invasion of Iraq in 2003 and a ferocious critic of what he called “Islamofascism.” Although he denied coining the word, he popularized it.

He remained unapologetic about the war. In 2006 he told the British newspaper The Guardian: “There are a lot of people who will not be happy, it seems to me, until I am compelled to write a letter to these comrades in Iraq and say: ‘Look, guys, it’s been real, but I’m going to have to drop you now. The political cost to me is just too high.’ Do I see myself doing this? No, I do not!”

Hitchens’ atheism always seemed to be the one bugaboo among the conservatives who had come to admire him, to the point where, just this week The Daily Caller published a piece insinuating that the battle with cancer was leading Hitchens to the point where he was about to convert to Christianity. Jeffrey Goldberg pushed back on that idea quite strongly:

Very early in his cancer, Hitchens told me that there would come a time when someone, a charlatan, maybe, or perhaps even some presumptuous person of misdirected goodwill, would try to convince the world that he was undergoing a deathbed conversion. I didn’t believe that such a thing would happen. “Watch,” he said.

Hitchens also said that if information emerged that he had, at some late stage, made a statement of faith, or a religious confession, including but not limited to, “I accept Jesus as my lord and savior,” or, “Muhammad, peace be unto him, is the messenger of God,” or, “the Lubavitcher rebbe is the true messiah and currently living in Brooklyn,” that his friends were to make it known that it was not the true Hitchens doing the confessing. This is what he told me once, during a video conversation we posted on this website: “The entity making such a remark might be a raving, terrified person whose cancer has spread to the brain,” he said. “I can’t guarantee that such an entity wouldn’t make such a ridiculous remark. But no one recognizable as myself would ever make such a ridiculous remark.”

So, just to be clear: Christopher Hitchens has not found God, and is not finding God. It is mischievous to suggest otherwise.

Earlier this year, Hitchens was the subject of a 60 Minutes interview:

Hitchens was a fascinating guy. Even when one disagreed with him, it was impossible to dismiss him, and hard to argue against him.

UPDATE (James Joyner): Just a couple days ago, I read what one presumes was Hitchens’ last work, a Vanity Fair article reflecting on the maxim, “Whatever doesn’t kill me makes me stronger.” 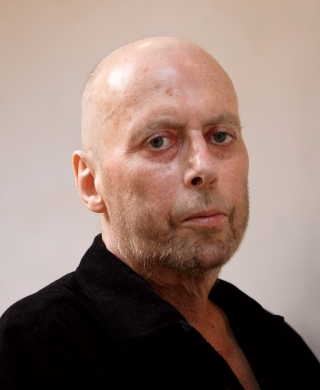 In fact, I now sometimes wonder why I ever thought it profound. It is usually attributed to Friedrich Nietzsche: Was mich nicht umbringt macht mich stärker. In German it reads and sounds more like poetry, which is why it seems probable to me that Nietzsche borrowed it from Goethe, who was writing a century earlier. But does the rhyme suggest a reason? Perhaps it does, or can, in matters of the emotions. I can remember thinking, of testing moments involving love and hate, that I had, so to speak, come out of them ahead, with some strength accrued from the experience that I couldn’t have acquired any other way. And then once or twice, walking away from a car wreck or a close encounter with mayhem while doing foreign reporting, I experienced a rather fatuous feeling of having been toughened by the encounter. But really, that’s to say no more than “There but for the grace of god go I,” which in turn is to say no more than “The grace of god has happily embraced me and skipped that unfortunate other man.”

I lay at the point of death. A congestive heart failure was treated for diagnostic purposes by an angiogram that triggered a stroke. Violent and painful hiccups, uninterrupted for several days and nights, prevented the ingestion of food. My left side and one of my vocal cords became paralyzed. Some form of pleurisy set in, and I felt I was drowning in a sea of slime In one of my lucid intervals during those days of agony, I asked my physician to discontinue all life-supporting services or show me how to do it.

So as a rational actor, taking the radiation together with the reaction and the recovery, I have to agree that if I had declined the first stage, thus avoiding the second and the third, I would already be dead. And this has no appeal.

However, there is no escaping the fact that I am otherwise enormously weaker than I was then.

These are progressive weaknesses that in a more “normal” life might have taken decades to catch up with me. But, as with the normal life, one finds that every passing day represents more and more relentlessly subtracted from less and less. In other words, the process both etiolates you and moves you nearer toward death. How could it be otherwise? Just as I was beginning to reflect along these lines, I came across an article on the treatment of post-traumatic stress disorder. We now know, from dearly bought experience, much more about this malady than we used to. Apparently, one of the symptoms by which it is made known is that a tough veteran will say, seeking to make light of his experience, that “what didn’t kill me made me stronger.” This is one of the manifestations that “denial” takes.

I am attracted to the German etymology of the word “stark,” and its relative used by Nietzsche,stärker, which means “stronger.” In Yiddish, to call someone a shtarker is to credit him with being a militant, a tough guy, a hard worker. So far, I have decided to take whatever my disease can throw at me, and to stay combative even while taking the measure of my inevitable decline. I repeat, this is no more than what a healthy person has to do in slower motion. It is our common fate. In either case, though, one can dispense with facile maxims that don’t live up to their apparent billing.

Brutally honest to the end.