Huntsman: I Believe in Evolution and Trust Scientists

Jon Huntsman just tweeted, "To be clear. I believe in evolution and trust scientists on global warming. Call me crazy." 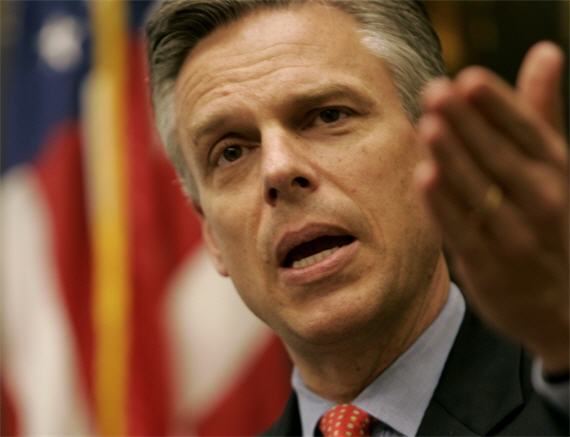 Jon Huntsman just tweeted, “To be clear. I believe in evolution and trust scientists on global warming. Call me crazy.”

This banal embrace of mainstream thinking, as Josh Marshall notes, would seem to be an attempt to distance himself from his rivals for the Republican presidential nomination, particularly Rick Perry and Michele Bachmann.

As UN Dispatch’s Chandler Clay catalogs, several of the Republican contenders claim global warming is a hoax. Thankfully, though, the degree of craziness on science is roughly inversely correlated with current standing in the polls. Bachmann is at the far extreme, followed by Rick Santorum, Herman Cain, and Ron Paul. Rick Perry is in the middle of the pack, trying to appease the anti-global warming folks while remaining agnostic. Mitt Romney, Newt Gingrich, and Huntsman are all very mainstream.

Still, it’s frustrating that being anti-science is considered a touchstone for leadership in the Republican Party. Indeed, Huntsman’s tweet caused Dave Weigel to quip, “With comments like these, Jon Huntsman sounds like a good candidate for a job in the Obama administration.”

UPDATE: As I was writing this, my colleague Alex Knapp posted the same tweet and observed, “Of all the 2012 GOP candidates, my favorite by far is Jon Huntsman. Unfortunately, I think he just doomed what little chance he had of taking the nomination.”

He pointed to a 2007 Gallup poll titled “Majority of Republicans Doubt Theory of Evolution” that included this eye-opening chart: 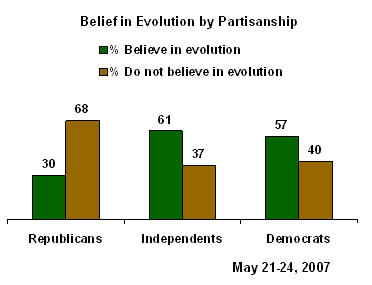 I attribute the stark results with the greater preponderance of evangelical Christians in the GOP and a false understanding of evolution (i.e., that humans descended from monkeys) and its religious implications (and therefore humans were not created by God). Still, it’s depressing.

Regardless, as I commented on Alex’ post, Huntsman was at best a longshot before this tweet. When you’re probably going to lose anyway, it’s always the right strategy to be true to yourself, swing for the fences, and try to distinguish yourself from your opponents. It’s more fun, likely to earn you some respect, and leaves you with fewer regrets.