The current immigration debate is yet another great example of how our system works (so to speak). 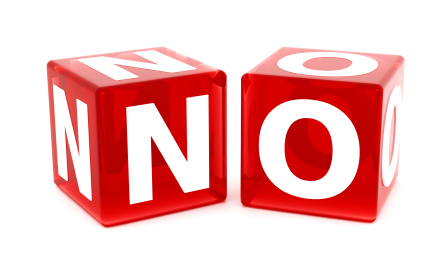 House Republican leaders called off a vote Thursday on their $659 million emergency response to the border influx from Central America overwhelming immigration resources, unable to agree among themselves about what to do.*

The Senate measure fell short of the 60 votes needed to advance after Republicans opposed the measure because it didn’t include any policy changes to make it easier to deport children back to Central America. Two moderate Democrats voted with Republicans to block the bill.

And so goes the US Congress of late:  the House majority cannot effectively agree on action and the Senate is stymied by a unified minority.

As my colleagues and I note in our forthcoming book  A Different Democracy, a key way to understand a given political system is to look out how many veto gates exist in that system (i.e., points at which policy creation can be stopped) as well as to look at how many veto actors influence those gates (i.e., does it take one or more veto actors to open a given gate and what is the process for opening it?).  The United States is in the distinct minority, in terms of global democracy, in terms of the number of veto gates that exist in our policy-making process (we have three:  the House, the Senate, and the President).**

In terms of veto actors, the easiest to understand is the president, as he is a unitary actor who can, without negotiation or consultation with anyone, veto legislation.  Legislative chambers are more complicated, as they potentially have multiple veto actors within them (this is especially true in multiparty systems, such as in Israel, where no party controls a majority of seats in the chamber by itself).  In the US case, we have but two parties (at least, we only have two that have the votes that could ever lead to majority control of a given chamber of congress),  so on the surface this suggests (and many people assume, even if they do not use the terms in question) that this means whichever party holds the most seats controls the chamber and is, therefore, the sole veto player in question.  However, this is often not the case.

Historically, the majority party in the House acted mostly in this fashion.  As long as the majority party is unified (more or less) it gets what it wants.  The rules of the chamber give leadership control over which bills make it to the floor for a vote.  However, such actions (via the Rules Committee) requires a mostly unified majority caucus.  If that caucus is significantly factionalized, as is currently the case in the GOP, then it means that the party has to negotiate with itself to even get legislation to the floor.  As such, there is currently not a unified veto actor in the House, but rather a bifurcated majority party that has to negotiate with itself to do anything.  In other words, the veto gate that is the House of Representatives can only be opened if both the Tea Party faction and the mainline faction agree to put their keys in the lock.  Even if (as we saw in recent budget and debt ceiling debates) a majority made up of Democrats and Republicans might be willing to work together to vote legislation out of the chamber, the opportunity for such a vote is highly unlikely to happen if the majority itself is divided over whether the bill in question should be allowed to go to the floor in the first place.

Likewise, while the Democratic Party “controls” (please note the scare quotes) the Senate, all regular legislation requires 60 votes to make it to the floor.  The minority in the Senate, therefore, is a veto actor and if 41 of its members is unwilling to let their key be used in the gate, then legislation will not pass.  If the majority party holds 60 seats (and if the party is reasonably unified) then this changes the nature of the Senate.  It should be noted that this almost never happens.

As such, proactive policy action can be blocked by minority actors in our system who function as veto players.  On the House side we see that  a faction of the majority party (e.g., the Tea Party faction) can stop action and force negotiation within that caucus (or paralyze it) and since the rules of the House place the ability to move legislation to the floor firmly in the hands of the majority party, the inability of that majority to agree on what should be debate means nothing is often debated.

Likewise, the rules of the Senate empower the minority to block a bill from making it to the floor even if there is majority support in the chamber to pass the bill in question.

And, of course, the fact that the two chambers eventually have to agree on an identical bill makes this all the more complicated (amongst other factors, like the president’s veto pen).

All in all the system itself makes it easy for specific groups of politicians to block policy solutions even to extremely pressing problems.  (And the electoral system will not punish them for not crafting solutions, even in the face of majority support for such solutions, but that is another discussion entirely).

Now, many will note that this is fine by them:  it means that government moves very slowly (and is frequently paralyzed) while other will find it problematic.  Regardless of the normative implications of these arrangements, it is important to understand how the institutional dynamics in place lead to the outcomes that we get from our constitutional order.

*The House did eventually pass a bill, but it was too late to matter (as the Senate was already in recess), and was almost certainly done to provide political cover for the party as its candidates head into campaign season, as opposed to being done to provide a policy solution to the current situation.

**Most countries have one veto gate (just parliament) or two (a bicameral parliament, or a president and unicameral legislature).  Also worth noting: policy implementation in the US gets even more complex, as state governments and courts are also key actors.