According to a new report, the CIA considers Israel to be an espionage threat. 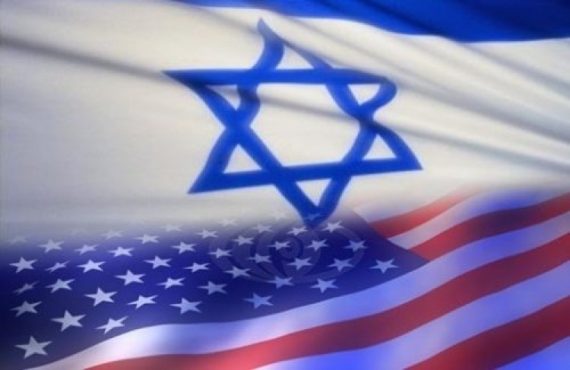 An Associated Press report is raising much ire and consternation for the suggestion that American officials see Israel and the Mossad as America’s greatest espionage threat in the Middle East:

The CIA considers Israel its No. 1 counterintelligence threat in the agency’s Near East Division, the group that oversees spying across the Middle East, according to current and former officials. Counterintelligence is the art of protecting national secrets from spies. This means the CIA believes that U.S. national secrets are safer from other Middle Eastern governments than from Israel.

Israel employs highly sophisticated, professional spy services that rival American agencies in technical capability and recruiting human sources. Unlike Iran or Syria, for example, Israel as a steadfast U.S. ally enjoys access to the highest levels of the U.S. government in military and intelligence circles.

The officials spoke on condition of anonymity because they weren’t authorized to talk publicly about the sensitive intelligence and diplomatic issues between the two countries.

The counterintelligence worries continue even as the U.S. relationship with Israel features close cooperation on intelligence programs that reportedly included the Stuxnet computer virus that attacked computers in Iran’s main nuclear enrichment facilities. While the alliance is central to the U.S. approach in the Middle East, there is room for intense disagreement, especially in the diplomatic turmoil over Iran’s nuclear ambitions.

“It’s a complicated a relationship,” said Joseph Wippl, a former senior CIA clandestine officer and head of the agency’s office of congressional affairs. “They have their interests. We have our interests. For the U.S., it’s a balancing act.”

It’s no real secret that countries that are allies spy on each other. Indeed, it’s probably the most open secret in international relations. For all of the intelligence sharing that does take place between us and our allies, and vice versa, there is always information that is held back. Sometimes, it’s because we don’t want to reveal the identity of intelligence assets and sometimes it’s because we recognize that our interests and the interests of our allies, while congruent, are not identical. The most notable example of  a U.S.-Israeli espionage case was, of course, the Jonathan Pollard matter. Pollard was an American who became a spy for Israel after meeting an Israeli Air Force veteran who was studying in the United States. Over the course of  year, Pollard handed over highly classified material to Israeli agents in exchange for money and expensive jewelry. While Pollard’s defenders maintained that he was motivated by a desire to assist Israel by providing it with information necessary to its defense, evidence adduced in the investigation of his activities indicated that much of the information he provided included economic analyses that were provided to acquaintances who were professional investors, suggesting that he was motivated as much by greed as altruism. Despite several appeals over the years by pro-Israeli American politicians, Pollard remains in prison serving the life term to which he was sentenced.

What tactics are the Israelis apparently engaging in now? Well, the article details some of them:

The CIA station chief opened the locked box containing the sensitive equipment he used from his home in Tel Aviv, Israel, to communicate with CIA headquarters in Virginia, only to find that someone had tampered with it. He sent word to his superiors about the break-in.

The incident, described by three former senior U.S. intelligence officials, might have been dismissed as just another cloak-and-dagger incident in the world of international espionage, except that the same thing had happened to the previous station chief in Israel.

It was a not-so-subtle reminder that, even in a country friendly to the United States, the CIA was itself being watched.

In a separate episode, according to another two former U.S. officials, a CIA officer in Israel came home to find the food in the refrigerator had been rearranged. In all the cases, the U.S. government believes Israel’s security services were responsible.

Of course, we spy on Israel too. As the article goes on to note, the NSA, and presumably the CIA, keeps tabs on Israel largely because American officials do not want to be caught off guard by an Israeli action that they chose not to inform us about before hand, such as an attack on Iran. But the most important thing to note is that Israel is not among the nations that the United States shares its most sensitive classified information:

Israel is not America’s closest ally, at least when it comes to whom Washington trusts with the most sensitive national security information. That distinction belongs to a group of nations known informally as the “Five Eyes.” Under that umbrella, the United States, Britain, Australia, Canada and New Zealand agree to share intelligence and not to spy on one another. Often, U.S. intelligence officers work directly alongside counterparts from these countries to handle highly classified information not shared with anyone else.

Israel is part of a second-tier relationship known by another informal name, “Friends on Friends.” It comes from the phrase “Friends don’t spy on friends,” and the arrangement dates back decades. But Israel’s foreign intelligence service, the Mossad, and its FBI equivalent, the Shin Bet, both considered among the best in the world, have been suspected of recruiting U.S. officials and trying to steal American secrets.

Ever since the Pollard case, the Israelis have said that they no longer try to recruit assets on American soil, but that doesn’t mean they aren’t trying to obtain access to American intelligence assets by other means, as the incidents related above demonstrate. Again, none of this is really a surprise, this is the way international politics works. However, I would suggest it does put into question the assertion by Mitt Romney and other Republicans that there should not be a gap between America and Israel. Quite obviously, it’s clear that while both nations have many interests in common they also have areas where they differ significantly. This, quite obviously, is why Israel is not included among the “Five Eyes” that have access to some of our closest secrets and with whom we cooperate on intelligence on a regular basis.

The one thing this reinforces, though, is that the conservative idea that Israel and the United States are and must always be on the same page is quite obviously not true. If it were, then we would have little reason to spy on them and they would have little reason to spy on us. We are close allies, with interests that intersect in many important respects. Israel is the still the only democratic state in the region despite its imperfections. And, there’s no question that it remains surrounded by forces that at the very least look upon it with suspicion. However, the idea that Israel is our “closest ally” is, quite obviously, not true. There are times when our interests will require us to take a stance that is not in Israel’s interests, and vice versa. Looking at this relationship through a simplistic lens, like many do, accomplishes nothing.

Does this mean Israel is our greatest espionage threat in the Middle East? Well, considering the neighborhood I can’t believe that there are any intelligence agencies that are better than the Mossad. So, draw your own conclusions.