An imaginary letter from Mick Jagger to "the journalist Bill Wyman" in reference to Keith Richards' new autobiography has been making the rounds. Oddly, everyone seems to think Jagger actually wrote the piece. 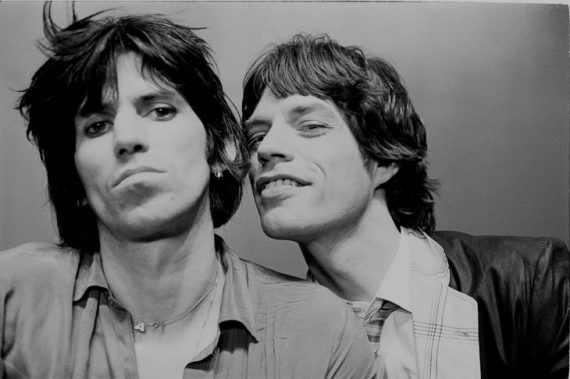 This imaginary letter from Mick Jagger to “the journalist Bill Wyman” in reference to Keith Richards’ new autobiography has been making the rounds.  Oddly, everyone seems to think Jagger actually wrote the piece.  Regardless, it’s an interesting read.  A few snippets:

I don’t mind this, really, for reasons I hope are understandable and will get into later. This is all from a guy pushing 70 for whom gays are still “poofters” and women “bitches.” I think so many things about Keith. We were close, the two of us, for many years. We had known each other in grade school, if you can believe it, in the same undistinguished eastern suburb. Then we bumped into each other in a train station at 18 or so and started talking about the blues. We were different; I’d already been on TV with my father, who was a fairly notable expert on physical education at the time. Keith was … rougher, let’s say. For the next nearly 10 years, we were rarely apart. Even after we were famous, we lived at each others’ flats or houses. We were still very young, and, like puppies, we’d cluster together.

Still, we practiced day and night out of some unspoken impetus, innocent suburban boys abruptly living quite near the edge of a dark milieu. This brings me to Brian, who played guitar very well and was a brittle devil. We knew that because of many things, not least that he spent an inappropriate amount of time beating up his girls in the next room. I’m not proud of that. Keith gives himself (too much, I think) credit for rescuing Anita, eventually, from Brian; but that of course was years later. Earlier, we both listened to or watched his cruelty, in the bedroom and elsewhere; we paid no attention to the half-dozen kids he’d fathered and ignored the savagery he accomplished on tour. We didn’t know better; we were priapic jackals ourselves, fucking even one another’s girlfriends if they got left, as it were, unattended. But it was wrong to have let Brian do that, and Keith should have owned up to this in the book.

I supposed it is a karmic justice for Brian that we continued to watch as he descended from there to hell, harried by the police and increasingly incapacitated artistically, which further estranged him from us. Oh, that’s not true; we didn’t just watch. We ushered him along, ridiculing him, you might say, to death as he began to lose his ability to contribute. Again, we were young. What were you doing at 25? We didn’t know about depression, insanity, addiction, or what acid might have done to him. It’s unclear to me whether the drugs diminished his ability to contribute or whether the drugs were in effect a way to cover up something that wasn’t there. The first song Keith and I wrote was a hit single; Brian couldn’t write a song to save his life, literally. And let’s remember that he was a total asshole.

The second important thing is Keith’s talent. We took it for granted, in a way, as he says. We felt it was our duty to get together and write a song, one good song each day we worked. He is kind to say I could take what he gave me and run with it. But he is the one who gave me the actual song to write the lyrics to. He wrote a dozen Top 10 hits in five years, and, after the band added Mick Taylor and essentially grew up, he wrote most of Beggars Banquet and Let It Bleed. Again: What were you doing at 25? It’s interesting to me how no previous song we’d recorded would have a respectable place on those albums; and any song on them would have seem out of place even on Aftermath or Between the Buttons. Keith’s lurch forward was amazing. As a pure rock (not folk or pop) songwriter, I think he is not just without peer. I think he is unrivaled in depth and growth, from “As Tears Go By” to “Satisfaction” to “Jumping Jack Flash” to, I don’t know, “Gimme Shelter. ” “Monkey Man.” “Street Fighting Man.” The primal feel of the chording. The musicality of the intros and breaks. The innovation of the recording—cruder, no doubt, but I will argue far more emotionally powerful than the Beatles’. The winding, intermixed guitars he almost desperately loved. Without him, what would I have been? Peter Noone? It is hard to use a word like integrity about a band as compromised, as self-bloodied, as we were. But for some years, unlike any other group, the Beatles included, we declared war on that silly, hypocritical, repressive, and arbitrary society in which we lived. The only ammunition we had were Keith’s songs. The lyrics, I confess now, may have been in their defiance just épater la bourgeoisie and in their poesy derivatively Zimmerman-esque. Even when they weren’t, no one would have paid attention if the chords weren’t arresting, irrefutable. The songs spoke primarily through their music, not their words. Keith’s doting fans nattering on about the ultimate avatar of rock ‘n’ roll authenticity irritate me, it’s true; but he may to this day be underappreciated.

I’m digressing but I’m trying to explain where we came from. We didn’t have a template. Nothing against Steven Tyler, but there’s a difference. We felt around in the dark; we were famous within weeks; and, in the end, we left a body or two behind us. We did these things, good and bad, together; we were friends.

The whole piece is worth the read, even though it was written by a guy with the same name as Jagger and Richards’ former bandmate, not Jagger.