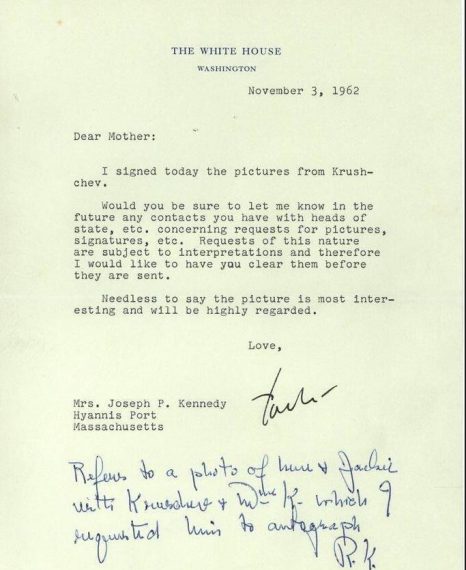 Presidential historian Michael Beschloss posted this photo on his Twitter feed yesterday of a letter that President Kennedy sent to his mother in November 1962 regarding a photograph of Kennedy and Soviet leader Nikita Khruschev that she had previously sent to the Soviet leader asking him to autograph it as well. Keep in mind that Kennedy sent this letter mere days after the Cuban Missile Crisis had ended.