I am assured by the folks at National Enquirer that these are THE PHOTOS EVERYONE’S BEEN WAITING FOR! The NATIONAL ENQUIRER is releasing the photograph that the world has been waiting for — the first-ever picture of John Edwards and his love child!

Edwards is holding his love child while standing in front of a distinctive striped curtain.  The same window covering hangs in each one of the hotel’s guest rooms — and is clearly visible in photos of guest rooms on the hotel’s Web site.

“These photos are damning proof,” said a source close to the situation.  “He’s been caught lying about his affair with Rielle and their love child for many months — and now the proof against him is piling up.  His elaborate coverup is unraveling at the seams.”

TO SEE THE EXCLUSIVE SPY PHOTOS AND LEARN ALL THE SHOCKING DETAILS pick up The ENQUIRER— on sale now!

Or, it could be John Edwards with some random baby and all PhotoShopped.  Who knows these days?

But the Enquirer is certainly right that a whole lot of people are interested in this story, even if its coverage has been almost exclusively limited to the tabloids and blogs.

Via memeorandum, where the discussion will soon heat up. 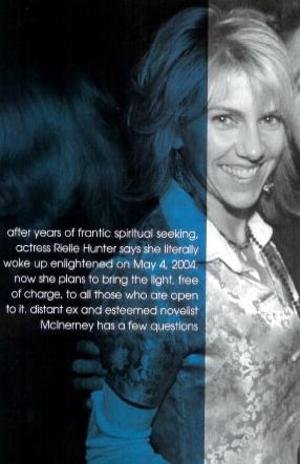