Jon Huntsman Stepping Down As Ambassador To China 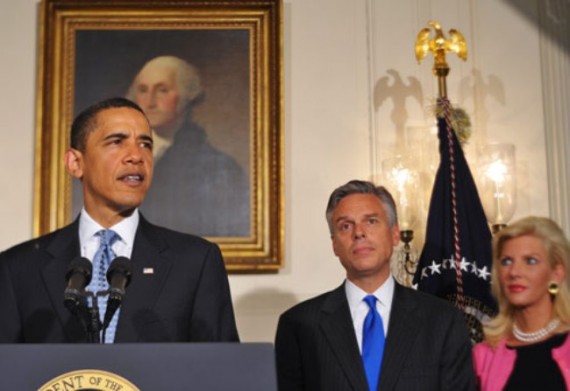 In a move that is sure to fuel speculation about his 2012 plans, the White House announced today that Jon Huntsman is stepping down as Ambassador to China:

Jon Huntsman, the United States ambassador to China, has informed the White House that he plans to step down in the next few months, further stoking speculation about his presidential ambitions.

The White House press secretary, Robert Gibbs, told reporters that the president’s staff was aware of Mr. Huntsman’s imminent departure. But he dismissed reports that aides increasingly believe he will challenge the president.

A former Republican governor of Utah, Mr. Huntsman was widely seen as a potential rival to Mr. Obama until the president chose to send him to China. Most political observers had expected that Mr. Huntsman might seek the presidency in 2016, after his boss would be off the scene.

But confidants of Mr. Huntsman’s back home have said he is considering whether to move more quickly by trying to capture the Republican nomination in 2012.

In addition to a Presidential bid, there has also been speculation that he might challenge Orrin Hatch, whose Senate seat is up for re-election in 2012. Whatever the case is, it seems clear that Huntsman has something planned for 2012. He’ll need the time between now and then for the American public to figure out just who the heck he is.