Michael Kinsley argues that the intellectual positions of the two major parties are incoherent and concludes that libertarians “are going to be an increasingly powerful force in politics.”

Many people feel that neither party offers a coherent set of principles that they can agree with. For them, the choice is whether you believe in Big Government or you don’t. And if you don’t, you call yourself a libertarian. Libertarians are against government in all its manifestations. Domestically, they are against social-welfare programs. They favor self-reliance (as they see it) over Big Government spending. Internationally, they are isolationists. Like George Washington, they loathe “foreign entanglements,” and they think the rest of the world can go to hell without America’s help. They don’t care–or at least they don’t think the government should care–about what people are reading, thinking, drinking, smoking or doing in bed.

Republicans are far more likely to identify themselves as libertarians and to vilify the government in the abstract. And yet Republicans have a clearer vision of what constitutes a good society and a well-run planet and are quicker to try to impose this vision on the rest of us. Now that the Republican Party is in trouble, critics are advising it to free itself of the religious right on issues like abortion and gay rights. That is, the party should become less communitarian and more libertarian. With Democrats, it’s the other way around.

Very few Democrats self-identify as libertarians, but they are in fact much more likely to have a live-and-let-live attitude toward the lesbian couple next door or the Islamofascist dictator halfway around the world. And every time the Democrats lose an election, critics scold that they must put less emphasis on the sterile rights of individuals and more emphasis on responsibilities to society. That is, they should become less libertarian and more communitarian. Usually this boils down to advocating mandatory so-called voluntary national service by people younger than whoever is doing the advocating.

The chance of the two political parties realigning so conveniently is slim. But the party that does well in the future will be the one that makes the better guess about where to place its bets. My money’s on the libertarians. People were shocked a couple of weeks ago when Ron Paul–one of those mysterious Republicans who seem to be running for President because everyone needs a hobby–raised $5 million from July through September, mostly on the Internet. Paul is a libertarian. In fact, he was the Libertarian Party presidential candidate in 1988. The computer revolution has bred a generation of smart loners, many of them rich and some of them complacently Darwinian, convinced that they don’t need society–nor should anyone else. They are going to be an increasingly powerful force in politics.

The problem with this thesis is that most indications point to a more communitarian government rather than a more libertarian one. Socialized medicine is happening incrementally but its rise is inexorable. Social Security isn’t going away and now that the Baby Boomers are starting to collect it’ll become an even bigger program.

Yes, we’ll likely become more free in some ways, with society becoming more friendly to gays, sexual license, and perhaps even recreational drug use. But we’ll be less free in all manner of other ways as the nanny state regulates all manner of formerly private activities and as the information age makes privacy a much less widespread commodity. 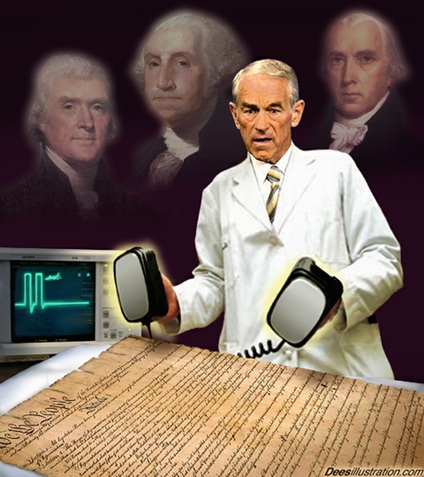