One can almost hear the pitter-patter of American boots in the distance. 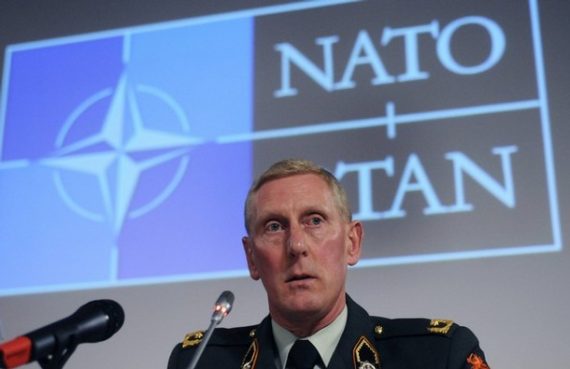 A month to the day of my post Libya Mission Creep Inevitable, the creeping began in earnest with the announcement that the Brits and French will send in advisors to the Libyan rebels. Today, the Italians are following suit. One can almost hear the pitter-patter of American boots in the distance.

This was not only predictable but predicted. In the aforementioned post, I observed “if regime change is  the goal, than the tactics will ultimately have to shift to achieve it. Presumably, the hope is that the threat of international force, or limited application of same, will be sufficient to tip the balance of power back to the rebels. But what if it isn’t?” Answering my own rhetorical question, I concluded “hope is not a strategy. It’s anyone’s guess as to what happens if limited action doesn’t work. Mine is that the action will become less limited until Gaddafi is gone.”

Alas, my prescience isn’t the result of any special genius. I was far from alone. Anyone who’s paid attention to American interventions over the past two decades without ideological blinders on could have predicted this.

Yesterday’s announcement of “advisors” being sent in the midst of a civil war naturally bring to mind Vietnam, which was the classic case of mission creep long before Jim Hoagland gave it a name. Not because the current situation has the remotest possibility of dragging the coalition into a massive land war–it doesn’t–but because, having committed advisors–some of whom will inevitably be killed–leads to the need for support personnel, security forces, and wider escalation. And, like throwing good money after bad, the previous increment virtually begs the next because, after all, one doesn’t want to have gotten soldiers killed in vain.

The Guardian‘s Simon Tisdall laughs in the face of British foreign secretary William Hague’s adamant insistence that the advisors will not be armed, training, or directing rebel forces. Given that the Big 3 leaders have not only not backed off their insistence that Gaddafi step down but have actually doubled down on it, Tisdall’s snarky “give it time” seems the right bet.

American connoisseurs of schadenfreude can take some comfort in the parallels between this course of action and the equally naïve and dangerous approach used by the Bush Administration in Iraq. After all, watching a French President,  a British Prime Minister, and Democratic President of the US repeat the Bush Administration’s failure to plan for the decisive and lasting use of force, fail to plan for the civil side of military operations and to support stability operations, and focus on short term goals without a realistic plan for a successful strategic and post-conflict  outcome is not without irony but touches of black humor. And as for historians, the whole thing is yet another demonstration that they have the world’s easiest profession; all they have to do is wait for history to repeat itself.

Unfortunately, there is nothing amusing about the fact that the lives and futures of some 6.6 million Libyans are at stake. The Franco-Anglo-American gamble now seems far too likely to fail at their expense. Moreover, it seems likely to  drag the other nations that support the operation into their failure — along with part of the reputation of NATO and credibility of the UN.

The key problem is that farce is still being used as a substitute for force. It is just a little over two months since the protests began in mid-February, and the rebels seemed likely to sweep though Libya and take Tripoli. It is almost exactly two months since Gaddafi began to respond with air and helicopter attacks and the massive use of force.  It was early March when Gaddafi’s forces began a near decisive set of victories, and they were on the edge of victory in mid-March. It was this series of events that led to a UN Resolution authorizing on March 17th with  major US-led coalition air strikes starting on March 19th.

In the month that has followed, it has become all too clear that gambling on Gaddafi caving in has created a far more serious humanitarian crisis for the Libyan people than would ever have occurred if the Coalition had acted decisively from the start and had directly attacked Gaddafi, his centers of power, and the military forces loyal to him. The humanitarian cost of humanitarian restraint is all too clear: Hundreds of Libyan and foreign workers have been killed, thousands injured, thousands more arrested and sometimes tortured, and hundreds of thousands lack jobs, security, and safe conditions of life.

This kind of operation cannot be “surgical’ – if “surgical” now means minimizing bloodshed regardless of whether the patient dies. Hard, and sometimes brutal, choices need to be made between limited civilian casualties and collateral damage during the decisive use of force and an open-ended war of attrition that will produce far higher cumulative civilian casualties and collateral damage. The Coalition will also need to avoid the trap of blundering into some kind of ceasefire, where Gaddafi’s forces and unity will give him the advantage. This will be a “peace” that simply becomes a war of attrition and terror campaign by other means.

My preferred alternative–not intervening in the Libyan civil war to begin with–has been foreclosed. That leaves three obvious options: 1) Continue the strategy of Hope and Pray, 2) declare the humanitarian crisis at the center of Resolution 1973 averted and wind down, or 3) adjust NATO tactics to coincide with the political strategy.

Of those, the second is not a real option. Having staked so much political capital on Gaddafi’s ouster, there is no “declare victory and go home” exit strategy here. Sarkozy has staked his re-election on it and, to some extent, so has Obama.

And, as Cordesman makes clear, there’s zero reason to continue hoping that Gaddafi’s ouster is going to happen organically. The rebels lack the will and means and the glimmers of political isolation we saw a couple weeks back with the fleeing of Gaddafi senior advisors have since faded.

So, the question now is whether to allow the mission to continue to slowly creep–likely at great humanitarian cost for which the interveners have assumed responsibility–or get on with it. My fear is that that former is far more likely.