Lindy Boggs, the Louisiana Congresswoman best known to many of us as Cookie Roberts' mom, has died at the ripe old age of 97. 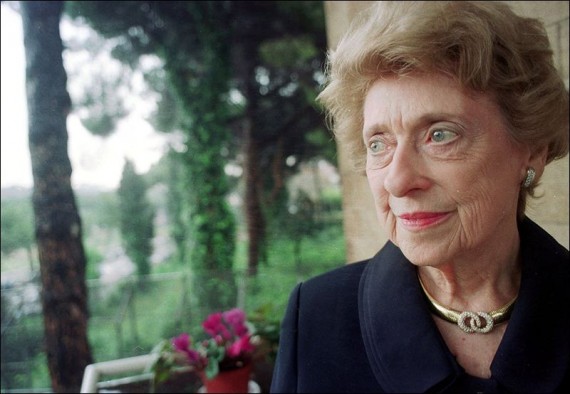 Lindy Boggs, the Louisiana Congresswoman best known to many of us as Cokie Roberts’ mom, has died at the ripe old age of 97.

Bloomberg (“Lindy Boggs, Who Succeeded Husband in Congress, Dies at 97“):

Lindy Boggs, the daughter of Louisiana aristocracy who spent 18 years in Congress as successor to her husband, House Majority Leader Hale Boggs, who was presumed killed after his airplane vanished over Alaska, has died. She was 97.

While neither the first nor the most powerful woman to serve in the House, Boggs was celebrated for her half-century association with Congress, first as a spouse, then as a member. She also was the driving force behind efforts to memorialize and commemorate the women of Congress.

A historic space in the U.S. Capitol reserved for female House members was dedicated to Boggs when she retired in 1991 — the only room in the Capitol named for a woman, according to the Office of the House Historian. The Stennis Center for Public Service Leadership, created by Congress in 1988 and located in Starkville, Mississippi, bestows an annual Lindy Boggs Award to “a woman from the South who has demonstrated the ideals of patriotism, courage, integrity and leadership.”

Boggs capped her own public-service career by serving as U.S. ambassador to the Vatican from 1997 to 2001 under President Bill Clinton.

A full life by any measure. Condolences to Roberts and the rest of the family.