Line of the Day, Angle Edition

“I’ll answer those questions when I’m the Senator”-Sharron Angle, Republican candidate (and frontrunner) for the Senate in Nevada.

"I think when it comes to major policy issues, the people of Nevada are most concerned about our jobs, our homes and our economy," she said.

"If you want to be one of 100 U.S. Senators that are deciding on war powers and on ratifying treaties, which is what a Senator has to do, you have to answer these questions," said Reporter Nathan Baca.

I find it utterly amazing and wholly unacceptable for a candidate for public office, let alone the Senate, to take such a position.  And, as Doug Mataconis notes, she doesn’t even want reporters from some stations at her election night event because they dared ask her questions.

And no, this is not an endorsement of Harry Reid, so playing that card in the comments simply elides the issue at hand. 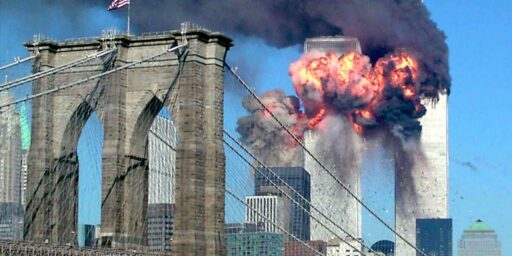