One of the last arguments against allowing gay men and women to serve openly in the military -- that active duty military would be unable to serve alongside them -- appears to have no empirical support. 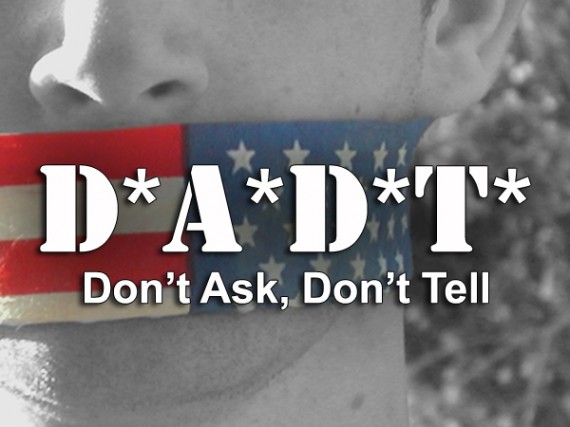 While the Pentagon’s full report on the implementation of a repeal of the military’s Don’t Ask, Don’t Tell policy won’t be out until December, a new report indicates that one of its initial findings is that there is little opposition to repeal within the military:

A majority of active-duty and reserve service members surveyed by the Defense Department would not object to serving and living alongside openly gay troops, according to multiple people familiar with the findings.

The survey’s results are expected to be included in a Pentagon report, due to President Obama on Dec. 1, regarding how the military would end enforcement of the “don’t ask, don’t tell” law that bans openly gay men and lesbians from serving in uniform.

Some troops surveyed – but not a majority – objected strongly to the idea of serving with gays and said they would quit the military if the policy changed, said the sources, who spoke on the condition of anonymity because they were not authorized to publicly share details of the survey.

Assuming these numbers hold up, this would seem to undercut one of the final arguments from the right against repealing  Don’t Ask, Don’t Tell. The big unknown is what priority repeal will be given in a 112th Congress that will be dominated, if not fully controlled by Republicans elected to office on mostly an economic message.

The survey is also noteworthy in that it seems to be yet another example of the extent to which public attitudes toward homosexuality and homosexuals have changed in the nearly two decades since the gays in the military controversy first erupted under the Clinton Administration. The change itself is not surprising, but the pace at which is seems to have occurred certainly is. I think it’s fair to say, for example, that public attitudes on racial issues took far longer to change from the time that the Civil Rights movement started in the 1950s, and that when Harry Truman ordered the military services integrated in 1948, he was going against public opinion on the subject.