Well, the building at least.

A basketball-sized piece of marble molding fell from the facade over the entrance to the Supreme Court Monday, landing on the steps near visitors waiting to enter the building. No one was injured when the stone fell.

The marble was part of the dentil molding that serves as a frame for sculptural figures. The piece that fell was over the figures, near the peak of the building, and to the right of the figure of Liberty, who has the scales of justice on her lap.

The 70-year-old Supreme Court building is undergoing a $122 million, five-year renovation project, although it is unclear whether the accident was related to that work. The project includes an underground two-story police station.

I was thinking a delayed reaction to the Harriet Miers nomination. 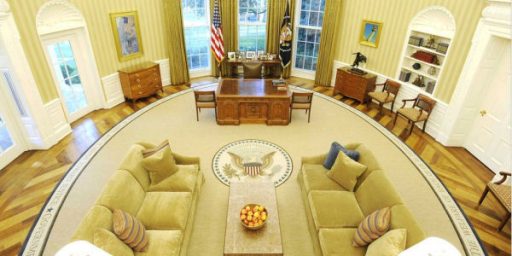