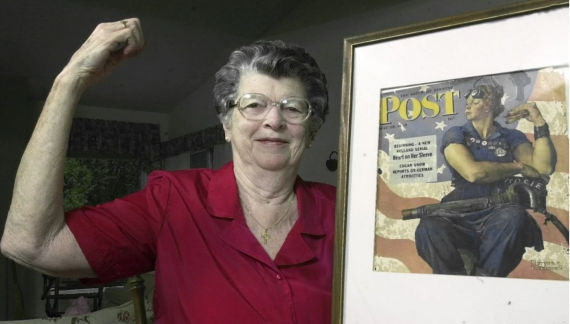 The woman who served as the model for one of Norman Rockwell’s most well known paintings has passed away at the age of 92:

You know Mary Doyle Keefe, but maybe not by that name. In 1943, the then-19-year-old telephone operator had been called upon to provide a unique kind of service during the war effort: Become the face of dedicated patriotism from the home front.

Norman Rockwell painted Keefe as “Rosie the Riveter,” an image that graced an iconic Saturday Evening Post cover and “became a symbol for millions of American women who went to work during World War II,” according to the Norman Rockwell Museum.

Keefe, 92, died in Connecticut this week after a brief illness, her family told the Associated Press on Wednesday.

How Keefe’s likeness came to be immortalized — and turned into a symbol of female independence — happened rather serendipitously. Rockwell and Keefe were neighbors in Arlington, Vt., and he often asked folks in the community to pose for his work.

During a 2012 interview with the Hartford Courant, Keefe recalled how she returned for a second photo session because Rockwell asked her to model in a blue shirt and loafers. She was paid a total of $10.

The resulting image — of ”Rosie” with a rivet gun on her lap, sandwich in hand and “Mein Kempf” beneath her feet — didn’t quite resemble the 19-year-old. Keefe, who told the Courant she had never even seen a rivet gun before, was petite, contrasting with Rosie’s large biceps, broad shoulders and large hands.

“Other than the red hair and my face, Norman Rockwell embellished Rosie’s body,” Keefe told the Courtant. “I was much smaller than that and did not know how he was going to make me look like that until I saw the finished painting.”

Rockwell sent Keefe a letter 24 years after completing the painting, apologizing for bulking her in size “and calling her the most beautiful woman he’d ever seen,” the AP reported. “I did have to make you into a sort of a giant,” he wrote.

Keefe got teased a fair bit for the image, which Rockwell said was inspired by the way Michelangeo painted Isaiah in the Sistine Chapel. But, she told the Courtant in 2002: ”It didn’t bother me. I was slim and trim. Just the idea of being able to sit for Norman Rockwell was a nice thing to do.”

A popular song, “Rosie the Riveter,” predated the painting, as did J. Howard Miller’s motivational “We can do it!” poster. But the Rockwell work, which includes a lunch pail emblazoned with the name “Rosie,” received wide distribution via the Saturday Evening Post.

Soon, the work took on a life of its own. The painting was taken across the country to sell war bonds, something Keefe said made her proud.

“I didn’t think much about it, and I didn’t really see myself as some epitome of the modern woman,” she said in 2012. “There was a war on, and you did what you could. And in a small town like Arlington, it was simply a matter of we knew he was a painter and asked a lot of people to come down to pose for his pictures.

The painting sold in 2002 for $4.9 million, which at the time was the highest amount paid at a public auction for a Rockwell, according to the AP. The work is now at the Crystal Bridges Museum of American Art in Bentonville, Ark.

As noted, Rockwell’s painting is different from the famous wartime motivational poster that preceded it. The woman who inspired that poster, Geraldine Doyle, passed away in 2010. 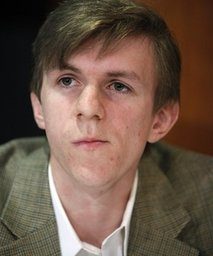