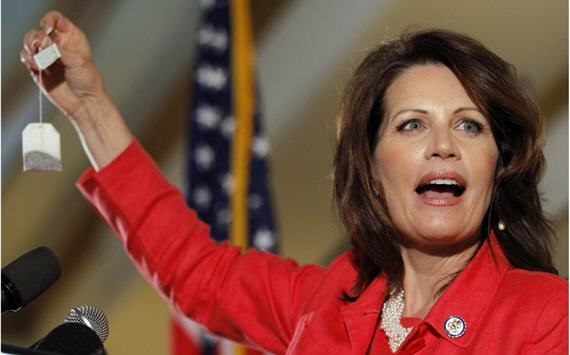 Faced with the twin threats of a growing ethics investigation and the prospect of a repeat fight with a challenger that came close to beating her in 2012, Michele Bachmann announced last night that she will not be running for re-election:

Representative Michele Bachmann, the Minnesota Republican who made an ill-fated run for the Republican presidential nomination in 2012, announced Wednesday that she would not seek a fifth term in Congress next year.

She made the announcement just six months after being re-elected in what was her most challenging Congressional campaign since she was first elected to the House in 2006. Her announcement also comes as her former presidential campaign faces inquiries into its fund-raising activities.

Mrs. Bachmann is known for her strong anti-abortion stance and adherence to Tea Party values but her presidential campaign was marked by frequent stumbles and her candidacy failed to catch fire in a crowded field of candidates that included Rick Santorum, Newt Gingrich, Gov. Rick Perry of Texas and Herman Cain, who all eventually lost to Mitt Romney.

In her congressional race last year, Mrs. Bachmann won re-election by just 4,200 votes out of 356,000 votes cast, beating the hotelier Jim Graves, who was greatly outspent. Mr. Graves recently announced that he would seek the seat again.

“My decision was not in any way influenced by any concerns about my being re-elected to Congress,” she said. “If I ran I would again defeat the individual who I defeated last year.”

Her announcement comes as the Office of Congressional Ethics looks into claims by Ms. Bachmann’s former campaign aides that she may have improperly used money raised by one of her House-affiliated political action committees to help her presidential bid in the run-up to the Iowa presidential caucuses in January 2012. She came in sixth in that race, even though she campaigned heavily in the state. The defeat led her to pull out of the race the next day.

While her presidential bid initially excited Tea Party supporters, Mrs. Bachmann would later find herself upstaged by conservative opponents like Mr. Cain and Mr. Santorum, and she was prone to misstatements, including saying the vaccine against the human papillomavirus was linked to “mental retardation.”

But her campaign was not without impact. Her victory in the Ames, Iowa, straw poll in the summer of 2011 forced Tim Pawlenty, the former Republican governor of Minnesota, to drop out of the contest early, after he did poorly in his neighboring state.

In her video announcement, Mrs. Bachmann did not rule out returning to politics in the future.

“There is no future option or opportunity, be it directly in the political area or otherwise, that I won’t be giving serious consideration if it can help save and protect our great nation for future generations,” she said.

There really isn’t anywhere else for Bachmann to go politically, polling statewide in Minnesota show her being mostly a non-factor outside of her own district, so I don’t expect this to be the beginning of a bid or higher office. Instead, I expect we’ll see Bachmann showing up on the speaking circuit and following in the footsteps of other failed conservative politicians and showing up on Fox News. In any case, I doubt she’ll be out of the media completely so I’m sure we’ll be treated to her special brand of bizarre for some time to come.