Military Deployment To Southern Border Extended Through End Of Year

Defense Secretary James Mattis has announced that the deployment of U.S. troops to the Mexican border will be extended through the end of this year. 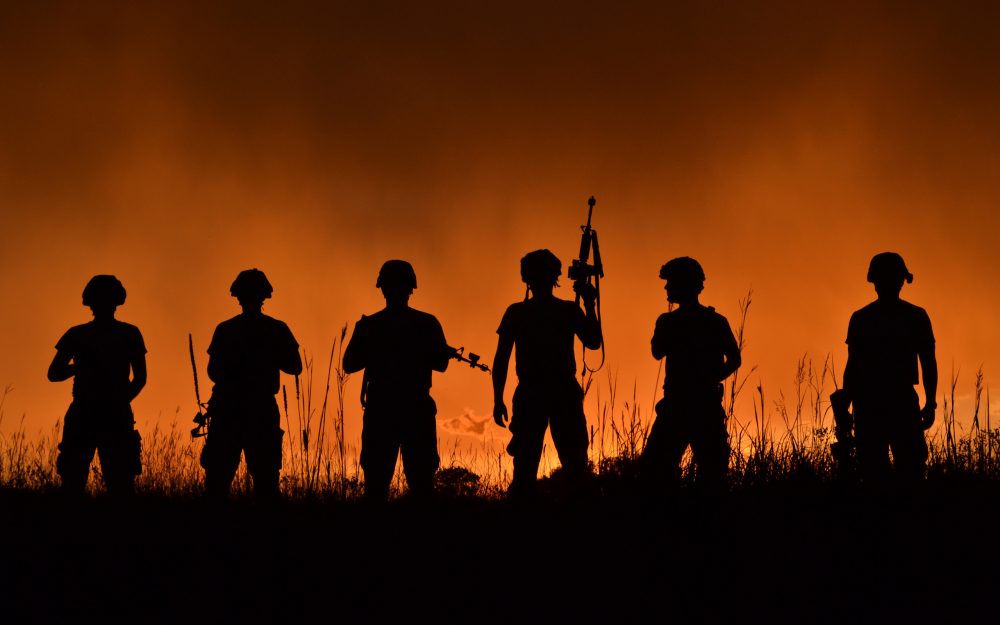 The Defense Department is extending the deployment of American troops to the U.S./Mexican border to at least the end of the year:

The military’s border mission was slated to end Dec. 15, but the White House and the Department of Homeland Security had requested to continue using the troops as an additional bulwark against migrants from Central America entering the United States.

Notwithstanding the fact that the mission is being continued, it’s still hard to see exactly what is being accomplished by deploying military forces at the border other than having them serve as some sort of symbolic example that the Administration is doing “something” about the alleged threat of a caravan of Central American migrants who are simply interested in applying for asylum here in the United States. For the most part, it appears that they are doing the same thing that Border Patrol and ICE officers would be doing, and while that may arguably be helpful in allowing them to do concentrate on doing their jobs, it hardly seems like a sufficient reason to keep more than 5,000 members of the military on the border through the holidays when there really isn’t any reason for them to be there.

This is especially true given the fact that there is, in reality, very little that member of the military can do in this situation.

Generally speaking, the active duty military is prohibited from conducting operations that amount to domestic law enforcement, which would include apprehending people at or near the border. This prohibition is principally covered by the Posse Comitatus Act which, as Josh Marshall noted in a Talking Points Memo post earlier this year, places strict limits on what the military can and cannot do:

[The Posse Comitatus Act] makes two things clear. 1) Soldiers and other military personnel can’t enforce US laws within the United States and 2) They can’t detain or search people or do most of the things that usually go along with police authority in the United States. There are other things they can’t do. But those are the key ones relevant to the border.

As Marshall goes on to note, a Congressional Research Service report [PDF] from 2013 outlines the limitations that the act places on the use of military forces in this context:

The primary restriction on military participation in civilian law enforcement activities is the Posse Comitatus Act (PCA).21 The PCA prohibits the use of the Army and Air Force to execute the domestic laws of the United States except where expressly authorized by the Constitution or Congress. The PCA has been further applied to the Navy and Marine Corps by legislative and administrative supplements. For example, 10 U.S.C. Section 375 directs the Secretary of Defense to promulgate regulations forbidding the direct participation “by a member of the Army, Navy, Air Force, or Marines in a search, seizure, arrest, or other similar activity” during support activities to civilian law enforcement agencies. DOD issued Directive 5525.5, which outlines its policies and procedures for supporting federal, state, and local LEAs. DOD Directive 5525.5 prohibits the following forms of direct assistance: (1) interdiction of a vehicle, vessel, aircraft, or other similar activity; (2) a search or seizure; (3) an arrest, apprehension, stop and frisk, or similar activity; and (4) use of military personnel in the pursuit of individuals, or as undercover agents, informants, investigators, or interrogators. It is generally accepted that the PCA does not apply to the actions of the National Guard when not in federal service.22 As a matter of policy, however National Guard regulations stipulate that its personnel are not, except for exigent circumstances or as otherwise authorized, to participate directly in the arrest or search of suspects or the general public.

In other words, the military cannot be used to act as a heavily armed substitute for the border patrol.

When we were dealing with this issue back in the spring, Cato’s Alex Nowrasteh called the idea of using the military at the border “unnecessary and dangerous”:

It is also unclear what the troops will actually accomplish on the border. Since the members of the caravan intend to surrender to Border Patrol or Customs Officers and ask for asylum, the troops serve no purpose. They will not deter asylum seekers. Border Patrol agents are not overwhelmed by entries even though they constantly plead poverty in an effort to capture more taxpayer resources. The most likely explanation for the proposed deployment is politics, just like the previous deployments.

[T]he proposed deployment of American troops to the border without a clear mission at a time of low and falling illegal immigrant entries is an unnecessary waste of time and resources that could put Americans in harm’s way for no gain.

As Norwatesh also points out, deployment of troops to the border also has the potential to cause further strain on America’s relations with Mexico, which are already strained in light of President Trump’s numerous insults hurled at Mexican immigrants and his insistence on a border wall that Mexico would pay for. And, now, to make things worse, more than 5,000 American troops are being forced to spend the holidays apart from their families largely because of a publicity stunt on the part of the Administration.