In what seems like an obvious response to the rise of the #MeToo movement and the cultural changes it has brought about, the Miss America pageant is making a major change. 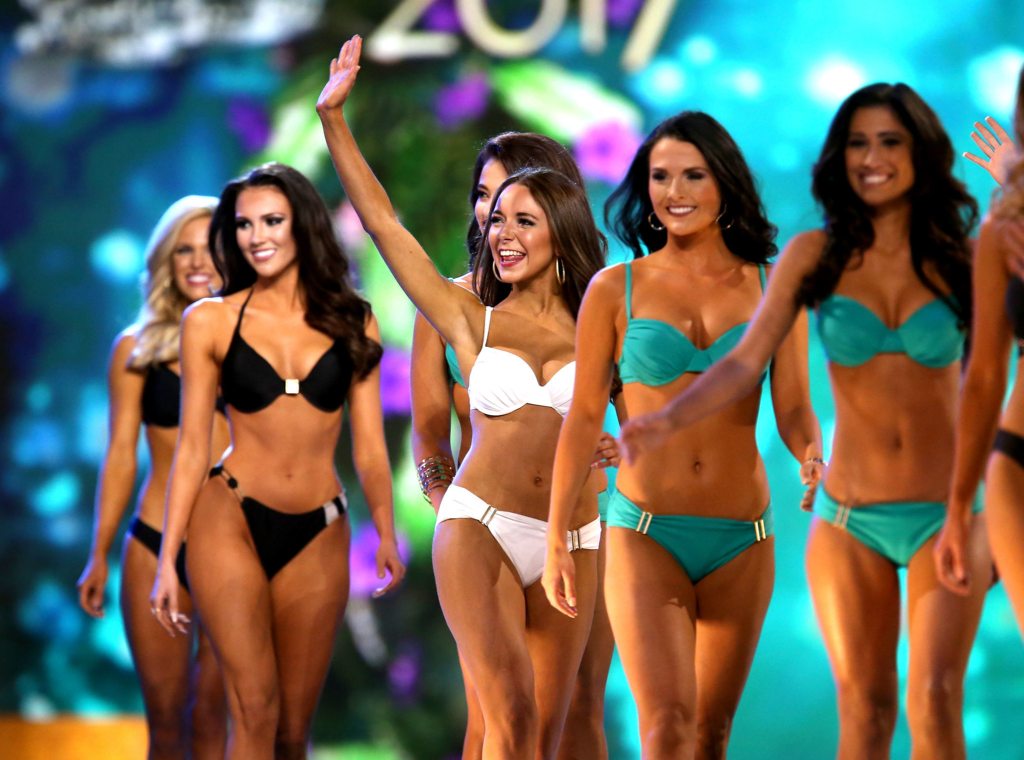 After nearly 100 years, the Miss America pageant is ending the swimsuit portion of its competition:

For nearly a century, Miss America contestants have strutted onstage and struck poses in increasingly skimpy swimsuits, in a controversial pageant tradition that organizers long defended as a gauge of the women’s physical fitness.

But the bikini has been banished. The Miss America Organization, confronting a harassment scandal and trying to find its place in the #MeToo era, announced on Tuesday that it would scrap the swimsuit portion, starting with its next pageant in September.

“We are not going to judge you on your outward appearance,” Gretchen Carlson, a former Fox News anchor who is now the organization’s chairwoman, said on ABC’s “Good Morning America.” “We want more women to know that they are welcome in this organization.”

Ms. Carlson, who assumed a prominent voice for women’s rights in the workplace after filing a harassment lawsuit in 2016 against the former Fox chairman Roger Ailes, said the competition would focus more on the contestants’ talents, intelligence and ideas.

“We are moving it forward and evolving it in this cultural revolution,” Ms. Carlson, who was Miss America in 1989, said.

It was not immediately clear on Tuesday whether the changes at Miss America, the top pageant after contestants compete in local and state events, would cause smaller pageants to follow its lead.

The Miss America Organization has undergone a rapid change in the past six months. Ms. Carlson was named chairwoman in January, and seven of its nine board members are now women, after several women were appointed to its highest ranks.

Those changes came after emails surfaced in December showing that Sam Haskell, the former chief executive, had made disrespectful and misogynistic comments about former pageant winners. Miss America is also confronting dwindling viewership as people turn away from live televised events.

It isn’t surprising that these changes are happening at this point, not the least because of the fact that the Miss America organization is now being run by someone who, in a sense, helped to start the whole “Me Too” movement. In addition to being a former Miss America in her own right, Gretchen Carlson was, of course, a former host at Fox & Friends until 2013 when she left the show to host her own one hour afternoon show in the same time slot formerly occupied by Megyn Kelly, who had moved on to a prime-time position. In July 2016, though, Carlson left Fox News and almost immediately slapped the company, its parent organization, and former Fox News executive Roger Ailes with a multi-million dollar lawsuit that proved to be just the beginning of a series of accusations that would end Ailes’s career at the network and eventually lead to the end of Bill O’Reilly’s career there as well after several women came forward to make accusations against him.

Carlson’s claims were settled rather quickly with a payment of $20 million, but the accusations were in some sense the beginning of what evolve a year later into a movement that would bring down people such as  Bill Cosby, Harvey Weinstein, Kevin Spacey, filmmaker Bruce Ratner, George Takei, Charlie Rose, political pundit Mark Halperin and Matt Lauer. In the political world, it led to accusations about men such as Roy Moore, Al Franken, John Conyers. and Texas Congressman Blake Farenthold. who apparently used $84,000 in taxpayer dollars to settle a sexual harassment claim by a former female staffer. At the end of December, Time Magazine recognized the significance of the movement that had come into existence just two months earlier by naming “The Silence Breakers” as their Person Of The Year for 2017. More recently, we’ve seen Bill Cosby convicted of sexual assault in a trial in suburban Philadelphia, accusations of sexual impropriety being leveled against actor Morgan Freeman by eight different women, and Harvey Weinstein charged with sexual assault in New York City. The issue of sexual harassment and assault has also reached inside the White House thanks to allegations against President Trump in the form of the infamous Access Hollywood tape and the allegations of sexual assault and harassment by 19 women that became public during the election campaign in 2016. Finally, of course, there are the revelations about the President’s apparently consensual affairs with adult film star Stormy Daniels and Playboy model Karen McDougal while his wife was pregnant with their son Barron. Taken in this context, it’s not surprising that, in her short tenure at the top of the Miss America organization, Carlson has become a leading force in bringing changes to the organization and its iconic pageant.

As for the immediate issue, the pageant has apparently been struggling to keep its relevance for some time now and this is just the latest effort in that regard. After being broadcast on NBC for decades, the show itself has bounced around the dial for the past several years and draws far lower ratings than it did in the past, although that may be due in no small part to changes in viewing habits that have impacted other special events broadcast live on television. Additionally, there has been an ongoing debate about elements of the show such as the swimsuit competition for some time now, stretching back to the 1990s as a matter of fact, and the organization has taken to emphasizing its efforts with regard to encouraging education and providing scholarships for contestants. Finally, of course, the torrent of sexual harassment allegations and the #MeTOO movement have brought issues regarding sexualization of women to the forefront in a way that has never happened before. In that context, it was inevitable that a change like this would happen. Whether its enough to save the pageant going forward, though, remains to be seen.