The saga of Malaysian Air Flight 370 continues to be just weird. 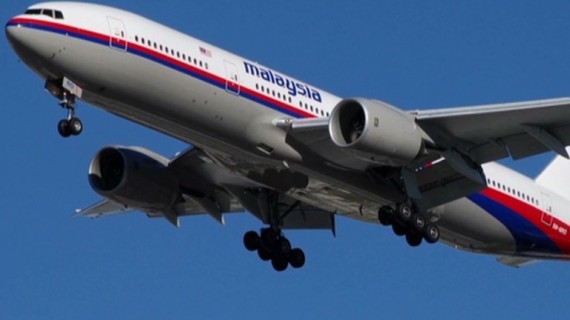 In just over a week, it will be three months since Malaysian Air Flight 370 went missing less than two hours into its standard run from Kuala Lumpur to Beijing. In that time, the search for the plane has become one of the most bizarre stories in recent memory, with clues sending search teams to areas vastly far apart form each other and some analysts arguing over whether the plane had flown into the northern or southern Indian Ocean. In the past month or so, though, it seemed as though searchers had narrowed the search field significantly after detecting what was thought to be signals from the plane’s data recorders. Now, though, it turns out those signals probably didn’t come from the recorders at all and that searchers may have been searching in the wrong place all along:

HONG KONG — The search area in the Indian Ocean that recovery teams have been scouring for more than a month is likely not the final resting place of a missing Malaysia Airlines jetliner, the Australian task force in charge of the operation said Thursday.

A United States Navy underwater vehicle has been searching the ocean floor in an area west of the Australian continent since early April, after thedetection of pings from what was then believed likely to be the black box recorders of Malaysia Airlines Flight 370.

The Boeing 777-200 aircraft vanished in the early hours of March 8 on a flight from the Malaysian capital of Kuala Lumpur to Beijing. Raw satellite transmission data indicated the plane had veered sharply off course and had headed south into the Indian Ocean.

“The Australian Transport Safety Bureau (ATSB) has advised that the search in the vicinity of the acoustic detections can now be considered complete and in its professional judgment, the area can now be discounted as the final resting place of MH370,” the Australian Joint Agency Coordination Centre said in a statement Thursday.

The area has been the focus of the search since April 5 when an Australian ship, the Ocean Shield, detected a signal from there emitting a frequency suggesting it was from a so-called black box that records flight data and voice transmissions. At the time, Angus Houston, a retired Australian Air Chief Marshal in charge of the operation, urged caution.

Thursday’s announcement means that the search will now focus on a much larger swath of ocean than what the U.S. Navy’s Bluefin-21 submersible vehicle has searched since April. The unmanned, torpedo-shaped vehicle has searched more than 328 square miles of the ocean floor, looking for traces of the missing aircraft with its specialized sonar, the Australian statement said. Searchers are also mapping the area’s ocean floor in the area, which can be more than 15,000 feet below the water’s surface.

Now the search, which will employ private contractors, will examine a much bigger area encompassing as much as 23,166 square miles, the statement said.

An international team of experts still believes that the plane, carrying 239 people, turned sharply off course in the early morning hours of March 8, went west across Peninsular Malaysia and then out into the Indian Ocean before turning south. Data released Tuesday by the Malaysian government provided further evidence the plane headed south into the Indian Ocean and ran out of fuel. That conclusion was based on an analysis of “electronic handshakes” that the aircraft had been making with a satellite.

A spokesman from the Australian Transport Safety Bureau said an international team continues to analyze data from the satellite handshakes detected as the jet flew south over the Indian Ocean. He said the search would remain “along the arc of the seventh ping,” or the last signal picked up before the jet is thought to have hit the water, off the coast off Western Australia.

“We won’t be searching the area where the acoustic pings were detected again,” he said. “We are confident that that search has been completed. That is the zone around where the Bluefin was searching, around the signals,” the spokesman said in a telephone interview, citing government policy in declining to be identified by name.

The announcement on Thursday followed comments made to C.N.N. by a U.S. Navy official on Wednesday, who said the pings detected in early April were likely not from the flight or data recorders of missing aircraft.

At this point, the plane’s wreckage could be anywhere along the course that the last satellite signals indicate it was headed on, somewhere at the bottom of the Indian Ocean. Where to even begin the search doesn’t seem like it’s easy to figure out since there’s no way of knowing exactly how much fuel the plane had at any given point in time, or how much fuel it was burning as it traveled on its course. With enough time and the right technology, one assumes that they’d be able to find some evidence of wreckage that would lead to a more detailed search, but it’s not going to be easy. In addition to the size of the area, searchers also need to factor in the terrain of the ocean floor in the air, some of which descends to depths of thousands of feet. Potentially, even if we do find evidence of wreckage, it may end up being in an era that makes recovery essentially impossible. Finally, recovery may only end part of the mystery. The data recorders on the plane only record about two hours worth of data before writing over what’s stored and starting over again. Since the plane made its diversion from the planned course some five or six hours before the last signal was received, there may not be much information about what went wrong and whether it was mechanical or deliberate.

As hard as it is to believe, this may be a mystery that never really gets solved. And, somehow, that seems unsettling in this day and age.

Remember That Missing Plane? Yea, They Have No Idea Where It Is