The tiny Balkan nation of Montenegro is set to become the latest member of the NATO alliance despite the fact that there is seemingly no good reason for it. 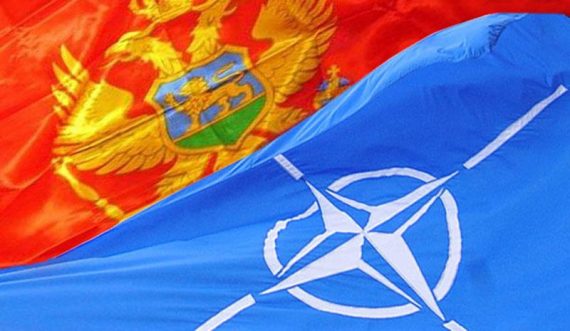 In a move that makes little sense, the United States Senate is set to approve a treaty that will add the tiny Balkan nation of Montenegto to the NATO alliance:

With the support of the Trump administration, the Senate is taking a swipe at Russia this week by voting to let one of Europe’s smallest countries into NATO.

The Senate is all but guaranteed to approve Montenegro’s bid to become a fully-fledged member of the security alliance, after an opening procedural vote passed Monday evening by a vote of 97 to 2.

Hawks and moderates of both parties are convinced that Russia’s influence should be checked wherever possible, and that adopting Montenegro — once part of former Yugoslavia — is a way to do it.

“It is a nation in this contest that we are now engaged in with Vladimir Putin, who has committed to extending the reach and influence of the Russian government … to the point where he attempted a coup to overthrow the freely elected government of Montenegro,” Sen. John McCain (R-Ariz.) said on the Senate floor Monday. “If we turn down Montenegro it will not remain the democracy that it is today.”

The Kremlin also is strongly opposed to any more expansion of NATO. Three Balkan countries that were once under Russia’s Cold War sphere of influence are in the process of joining. Georgia, a former Soviet republic, has also expressed interest in joining.

Still, the road to ratifying Montenegro’s bid in the United States has not been entirely smooth. During the last Congress, the term clock ran out before the Senate got a chance to vote on Montenegro — leading many to wonder if Republicans were dragging their heels because Trump had struck a conciliatory tone on Russia.

The president spoke highly of Putin on the campaign trail, and the intelligence community determined that Russia had attempted to interfere in the 2016 with the intention of promoting Trump’s candidacy. Two congressional committees, as well as the FBI, are currently investigating possible ties or collusion between members of Trump’s campaign and transition teams and the Kremlin.

But the administration has urged the Senate to ratify NATO’s bid. In a letter, first reported by Reuters, Secretary of State Rex Tillerson wrote to Senate leaders earlier this month that ratifying Montenegro’s membership is “strongly in the interests of the United States.”

In fact, what opposition exists to Montenegro’s bid appears to be coming primarily from one senator — Kentucky Republican Rand Paul — who is making the point that he believes supporting Montenegro’s bid is a waste of U.S. taxpayer money.

Accusing his fellow senators of simply using Montenegro’s bid as an excuse for “a punching session about Russia,” Paul argued Monday that “admitting Montenegro to NATO will do nothing to advance our national security and will do everything to simply add another small country to the welfare wagon of NATO.”

It’s a tone reminiscent of that Trump struck during the campaign about NATO, when he told the New York Times that member states “aren’t paying their bills” — suggesting the U.S. commitment to fulfill its treaty obligations to other members of the alliance might be leveraged on whether those countries had settled the books.

As president, he appears to have altered his stance, pledging earlier this year that the United States will “strongly support NATO,” as reported by CNN — though he continued to stress that other NATO members have to contribute more toward collective defense.

NATO members agreed in 2014 to a 10-year timetable to spend 2 percent of their gross domestic product to collective defense. Most do not at the moment.

As things stand, it’s fairly clear that Montenegro, with a population of less than 700,000 people, a total Gross Domestic Product of just over $10 billion per year, and an Army of just roughly 4,000 personnel in total, would not add much of anything to the NATO alliance. Even if it was able to reach the 2% of GDP spent on defense target that member states are theoretically required to reach, that would amount to a mere  $200,000,000 per year, which clearly isn’t enough to make it a major customer of U.S., British, or French defense equipment any time in the near future. In terms of population and military size, it would rank third behind Iceland and Luxembourg, which at least have the sensible explanation of being in the heart of Europe, and Montenegro would have the lowest GDP of any NATO member, including even the former Communist dictatorship of Albania, which has been a NATO member since 2009. Additionally, it’s completely unclear why expansion of the alliance to this part of the Balkans is either necessary or in the best interests of either the United States or any of the other member states notwithstanding the fact that they all seem to be enthusiastically supporting this membership bid. Two of its fellow former provinces of Yugoslavia, Solvenia and Croatia, have been members since 2004 and 2009 respectively, but in those cases one can at least make the case that those nations have a decent sized military for the size of the country and a fairly decent Gross Domestic Product.

Despite all of this, the sole voice of opposition to the addition of such an inconsequential nation to the history’s most successful military alliance has seemingly been Kentucky Senator Rand Paul, who has questioned both the advantages of extending membership to the nation and the wisdom of the true motivation for all of this, which appears to boil down to sticking a thumb in Russia’s eye:

“Montenegro doesn’t add a great deal to the national security of the United States,” Paul said in an interview. “For people who want Montenegro [in NATO], many of them want Ukraine and Georgia in there. And I think if you do that you have to be prepared to go to war with Russia.”

And even Montenegrins themselves aren’t quite supportive of the idea of joining the alliance:

NATO accession remains a highly controversial issue inside Montenegro. An opinion poll conducted in December 2016 has only 39.5 percent of Montenegrins in favor of NATO membership and 39.7 against. Russia has taken advantage of this division by bankrolling Montenegro’s Democratic Front, a stridently anti-NATO party that won 20 percent of the vote in parliamentary elections.

The case for bringing Montenegro into NATO is weak even by the usual standards of these arguments, and the U.S. shouldn’t be extending security guarantees to states that don’t need them. The debate over this is frequently framed in terms of antagonizing Russia, but that isn’t a good reason to add a new member to the alliance, and the reasons not to add Montenegro have nothing to do with Russia.

Montenegro doesn’t need the protection the alliance provides, and its contribution to the alliance will be minuscule. It makes no sense to add a new member to the alliance when most of the people there are opposed or indifferent to joining, especially when that new member won’t add anything significant to the alliance. Adding Montenegro won’t make any of the current allies more secure, and it will reward a corrupt government with authoritarian tendencies with integration into a major Western institution.

As noted, the sole motivation for bringing Montenegro into the alliance at this point is to antagonize Russia, but that seems to me to be a rather dubious reason to expand the security commitment that comes with membership to a nation of such little consequences whose status will bring nothing of value to the alliance itself. As things stand, NATO appears to already have its hands full dealing with the increased threats that Putin has made in Eastern Europe to longer standing member such as the Baltic states. Giving Russian President Vladimir Putin further reason to keep that pressure up doesn’t seem to me to serve a legitimate purpose at this point in time. Even more dangerous are the proposals to add nations such as Georgia and Ukraine to the alliance. In both cases, we’re dealing with nations that both sit right on the Russian border and have historic ties to Russia that ought not be ignored. In Ukraine’s case especially, adding that nation to NATO at the same time that pro-Russian guerrillas continue to fight in the eastern part of the country would make extending membership at this time extremely unwise and likely only to push the alliance and the United States into a confrontation with Moscow that would not be in anyone’s interest. Indeed, adding Montenegro to the alliance at this time would seem to make it even less likely that Russia will discontinue its efforts to extend its influence over the non-NATO nations on its borders in Eastern Europe, Southern Europe, and Asia. Rather than trying to force a confrontation with Russia over nations such as these, most of which would add nothing to NATO itself, would be a serious mistake that could make Europe a more dangerous place.

Note: The original post misidentified the author of the piece at The American Conservative. It has been updated to correct the record.