More on the Pathologies of the EC

It's the battleground states that are the issue, not small states v. large states. 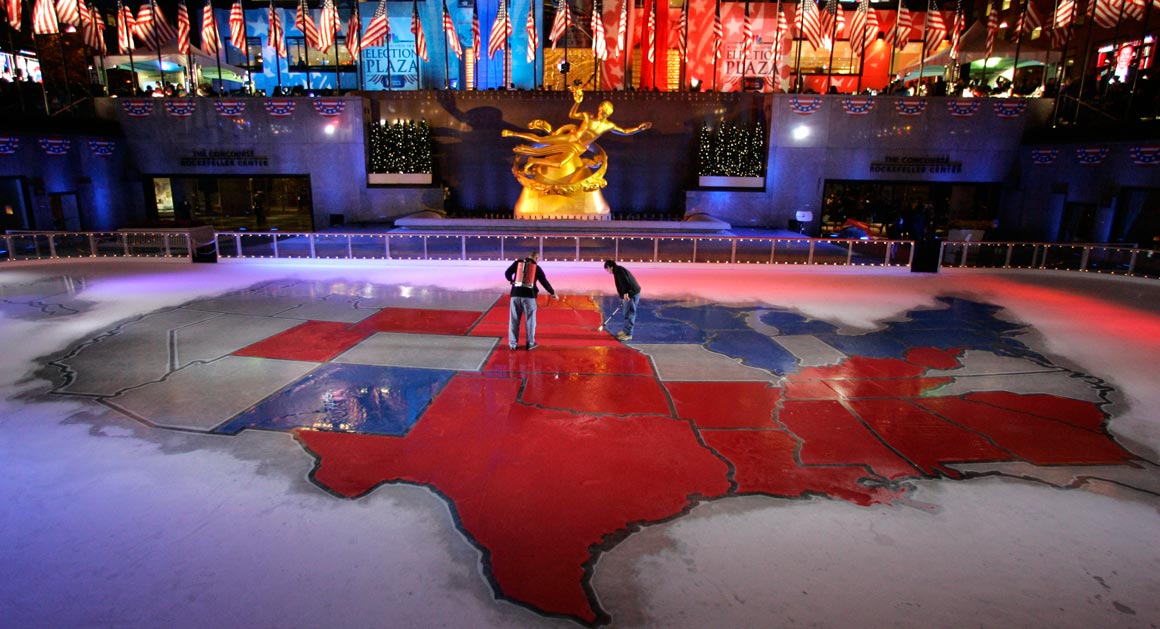 If there is a benefit to protecting small states, the Electoral College is not doing a great job of providing it. Big states can dominate small ones under the system, and they have done so at times.

The true quirkiness of the Electoral College comes from how states award their votes, not how many votes each state has: It’s (largely) winner-take-all.

This is the feature that defines the character of American presidential elections. A candidate who narrowly wins the tipping-point states will win the presidency, regardless of the margin of victory in the rest of the country. That means there’s no incentive for candidates to campaign in any noncompetitive state, whether it’s a populous one like California or the opposite, like North Dakota.

The winner-take-all bias that elevates the battleground states overruns all of the other biases.

What’s so interesting is that this defining feature is largely unintended.

It’s not specified in the Constitution.

Beyond that, Republicans like to defend the EC because of some alleged protection of the rest of the country from big states like CA and NY (although they never complain about Texas…):

They argue that Democrats won the popular vote because of their big margin in California, and that the Electoral College properly protected the rest of the country against an imperial California or New York.

But that is not what happened. Mr. Trump’s victory in the Electoral College was mainly because of impressive strength in the traditional battlegrounds, not lopsided and inefficient Democratic strength in their regional bastions. Indeed, Mr. Trump did just as well in his base states — call them Appalachafornia — as Mrs. Clinton did in California.

Mr. Trump’s electoral victory was a product of two factors. One was essentially an accident of state lines. The 2016 results could be flipped just by giving the Florida Panhandle to Alabama and the Upper Peninsula of Michigan to Wisconsin. It’s not clear that there was anything about the distribution of Mrs. Clinton’s support that inevitably put it at a disadvantage in a winner-take-all system.

The second is that the traditional battlegrounds are whiter and less educated than the country as a whole. Mrs. Clinton’s gains came in well-educated and diverse states that tend to be less competitive, including red states like Arizona, Texas and Utah.

Ultimately, it is about which states are competitive, not their size nor which region they are in:

even if the Electoral College is supposed to discourage regionalism, it can do little to erode it once it takes hold, since it offers no incentive for a candidate to appeal to a place he or she can’t win. In fact, there is no reason that Mr. Trump, who has complained about how he did in California, needs to put his name on the ballot there at all.

Let that sink in:  Trump could not have been on the ballot in our most populated state, and still would have won the presidency.  How can they possibly be reflective of a democratic system of election? This fact means, really, that the millions of Republican voters in CA don’t matter to the outcome.  Indeed, by this logic we could only hold competitive elections (with multiple competitors on the ballot) in battleground states and those which have a lean.  We could just run one-candidate races in states with an unassailable partisan majority one way or the other (such as the state in which I reside, Alabama) and concentrate just on those that have a chance of competitiveness (which is pretty much what the campaigns do anyway).  You know, just like the Framers intended.

So, we have a system in which not all votes are equal and one in which many state elections are largely irrelevant.  Again, I am at a loss for a defense of this system.